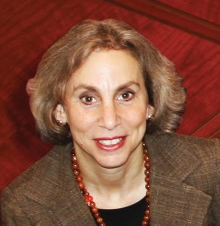 Nearly four years ago, when the United States elected its first African American president, America had high hopes that this would set the stage for viewing race with a new lens in this country.  We are incredibly proud of this milestone, but recognise that race is still a challenging issue that permeates through American society in many spheres – whether in business, education, politics . . . and yes, even in philanthropy.  But it’s an issue that NGOs, donors and foundations are grappling with head on.

In light of irrefutable, statistical evidence about America’s rapidly changing demographics (we will be a ‘majority minority’ country within two generations), there continues to be a distinction between ‘mainstream/traditional’ (i.e., White)  philanthropy and ‘other’ philanthropy, that is, the kind of giving practiced by racial, ethnic and tribal communities.

But that is shifting. Finally.

Broadly falling under the umbrella term ‘communities of colour,’ African American, Arab- and Asian American, Latino, and Native American populations are an increasingly potent force in American philanthropy, collectively giving away hundreds of millions of dollars, either individually or by pooling their gifts with others to support the shared concerns and needs of their own communities.  Today there are more than 400 culturally-specific funds or giving vehicles where donors of colour both raise and grant dollars directly from and for their own populations.  Widely ranging in size, scope and structure, such funds are often called Identity-Based Funds or Population-Focused Funds or Affinity Funds, etc.

Led by my colleague Mae Hong, who deserves the credit for all the insights in this article, Rockefeller Philanthropy Advisors recently completed the first comprehensive inventory of these types of giving vehicles, showing that the strength of philanthropy in these communities far exceeded all expectations.  There is a growing body of research and writing on the topic, examining everything from the giving habits of high-net worth African Americans to the proliferation of immigrant women’s giving circles to the structure of Native tribal funds and the importance of diaspora giving and remittances among Latinos. Clearly, we are beginning to recognise all these forms of giving as ‘philanthropy’.

It is an ongoing (and valid) criticism of American philanthropy that communities of colour have historically been underrepresented in mainstream philanthropy, both as staff and board members of foundations and as grant recipients.  And, there remains a pervasive assumption that communities of colour can only be recipients or beneficiaries of philanthropy, seldom the ones making funding decisions or controlling their own resources.

But recent research proves this assumption completely false: Nearly two-thirds of Black households make charitable donations, worth about $11bn (U.S.) a year.  In fact, African American donors give away nearly 25% more of their incomes than White donors.  Sixty-three percent of Latino households make charitable donations. It is not uncommon to hear a donor of colour say, when asked about her giving, “Oh, we always gave. We just didn’t call it philanthropy.”

It was, and is, inevitable that giving in communities of colour would become a movement and is now being recognized as such by mainstream philanthropy.  To be fair, large, traditional U.S.-based foundations, such as the W.K. Kellogg Foundation, the Packard Foundation, the Ford Foundation, and the Annie E. Casey Foundation, all invested substantial dollars over the last 15 years to seed, organise and nurture these giving efforts into the movement it is today.  Recognising the undeniable facts that communities of colour are growing in size, assets, and participation in civic life, these foundations sought to tap into the rich traditions and histories of giving that were always there anyway.

This was not about teaching “them” to be philanthropic. It was about harnessing the strengths and assets already present within the communities themselves.  Each community has long-standing traditions for giving in their own culturally-relevant way.  For African Americans, the Black church, fraternities and sororities have been major outlets for philanthropy.  The mutual-aid/self-help associations of many immigrant enclaves have taken on new forms through giving circles today. Tribal giving practices have formalized into new structures, but remain deeply rooted in their original values.

Consider the following examples of recent initiatives that illustrate the vibrancy of this:

A recent report by the Kellogg Foundation provides a comprehensive overview ofhow philanthropy is evolving, specifically with respect to growth in identity-based philanthropy.  Cultures of Giving: Energizing and Expanding Philanthropy By and For Communities of Color (available at www.wkkf.org) showcases key findings, best practices and successful models for building and supporting this movement.

A few key observations and themes have become apparent as a result of this growth:

I hope this trend will accelerate philanthropy toward becoming become more diverse, inclusive and equitable. We need to get the definitions and images of ‘philanthropy’ to more closely mirror our demographic – and financial – reality.  We need to learn from, embrace and celebrate the changing face of philanthropy, here and around the world.

Melissa A. Berman is President and CEO of Rockefeller Philanthropy Advisors

17 Oct 2012
Young people are failing to give as much as older generations, which could lead to a “long-term crisis of giving” according to the Charities Aid...
View full news story