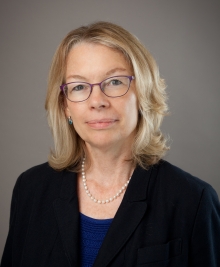 There has been a significant movement towards social impact investing by many philanthropic foundations over the last five years, for a number of reasons. First, there is a recognition by many foundation leaders that they must expand their ‘philanthropy toolbox’ to include debt or equity investment, in addition to grants, for at least some of the organisations they support.

S econd, many funders come from the growing class of entrepreneurs and investors and have greater confidence in social enterprises and market-based solutions than in grantreceiving charities or governments to foster sustained social change. Third, the expanding number of both for-benefit enterprises, as well as hybrid social organisations who earn a portion of their revenue, provide exciting financing opportunities for social investors. And fourth, the networks and platforms that provide information on social investment opportunities and potential deals are growing.

Slower to pick up adherents is a movement to encourage foundations to use an increasing proportion of their investment assets, particularly their endowments, for social purpose – rather than prioritising growth through the highest financial returns possible. In 2008, Rockefeller Philanthropy Advisors published one of the first works on MissionRelated Investing (MRI), sensing that a policy and implementation guide for foundation trustees was a necessary contribution to the field.1 Recommendations included aligning the MRI strategy with programme impact goals; creating processes that are practical, disciplined and transparent; and tracking and monitoring results – ‘even if imperfectly’. 2

In the eight years since, there has certainly been some movement in this direction. In the US, where a longstanding law requiring that at least 5% of a foundation’s endowment be used annually for charitable purposes (averaged over a few years) has come to represent not a minimum, but more of an average, some foundations have committed to doing more. The Heron Foundation, Jessie Smith Noyes Foundation and Rockefeller Brothers Fund (with their 2014 Divest-Invest campaign commitment) are just some of the many foundations that have moved their endowments fully or partially towards positive social and/or environmental impact. An early 2014 study by the US SIF Foundation noted that, ‘more than 100 US foundations today pursue some form of sustainable and responsible investing, an investment discipline that considers environmental, social and corporate governance criteria to generate long-term competitive financial returns and positive societal impact.’3 They used data from a 2012 survey of US institutions that identified 95 foundations applying one or more economic/social/governance criteria in selecting investments for their portfolios, covering assets of about $60 billion (about 9 per cent of the estimated total), and a dozen shareholder resolutions filed by foundations aimed at improving their portfolio companies’ ESG practices.4 At the same time, that survey found that less than 1 per cent of the 90,000 or so foundations in the US were engaging in socially responsible investing. And much of this type of investing is still exclusionary screening (the ‘do no harm’ approach), rather than more intentional impact investing into social enterprises and for-benefit businesses, including the increasingly popular category of B Corps.5

A study by the Center for Effective Philanthropy published in May 2015, analysing 60 foundations making at least US$10 million in grants annually, found that 80 per cent of them neither screened out negative investments nor used a portion of their endowment for impact investing.6

The UK context is somewhat different. A 2013 study by the UK Association of Charitable Foundations concluded that the foundation sector had played a significant role in building the UK social investment market in the previous decade. It estimated that charitable foundations had provided about £100m of risk capital (though just ten foundations with endowments exceeding £100m provided nearly 90 per cent of that amount).7 The link between having an endowment and doing social investment was strong, as 15 of the 17 foundations that had made social investments have endowments, generally the larger ones. The study pointed to relevant factors: endowments that were not restricted in terms of permanence, with flexible mandates (not restricted to supporting registered charities), and foundations with larger staff who could handle this newer type of work.8

The reasons for the somewhat cautious movement by foundations cluster around a few factors. One is behaviour. A foundation board that sees its fiduciary responsibility in a certain light may be loath to risk a different investment path, since it is so much easier to measure financial performance than positive social impact. A second factor is tradition. Foundation board investment committees and long-term investment advisors to foundations, whether internal or external, may lack the skills related to social impact investing. If they are not willing to adapt to these kinds of emergent requests (as some foundations have discovered), they will be the last to convert to new approaches to investing. And a third factor is policy. In countries where fiduciary responsibility is characterised by selecting the highest-return, lowest-risk investments, decision-makers at foundations often adhere as close to official policy as they can.

The irony is that, while the foundation sector prides itself on responsiveness and dynamism in choosing what to do with an annual programming budget, the sector is relatively conservative in how it deploys its far, far greater endowment assets (currently estimated at Euro 80 billion in Europe alone). But at the meta level of assessing the relationship between a foundation’s mission and its money, the importance of considering the ‘total foundation’ approach is likely to increase.

The challenge for the philanthropy sector will be how to seize the expanding opportunities, manage public expectations, and build the confidence of more foundations to explore social impact investment approaches with the totality of their resources.

As foundations consider how to link money and mission, it is likely that scrutiny of foundations’ use of their endowments in the US, UK and elsewhere will grow. First, the continuing efforts of groups like the UK-sponsored Social Impact Investment Task Force, led by Sir Ronald Cohen, will ensure that some attention stays focused on the foundation community and their significant endowments. Second, public attention on where the wealthy place their assets in times of fiscal austerity – especially when taxprivileged – will contribute to this attention as well. Third, the change in US policy in September 2015 allowing fiduciaries of foundations to invest not just in what is most profitable, but what can advance a foundation’s charitable purpose, removes a key reason why some US foundation boards were cautious. Fourth, the growth of ‘spend-down’ foundations has challenged the idea that a founder’s legacy is best created by maintaining and growing foundation assets in perpetuity. And fifth and perhaps most important, the next-gen cohort of the philanthropic sector is already proving to be much more interested in the ‘total foundation’ approach to achieving social impact than their parents’ generation were.

All of this points to the strong likelihood that the social and environmental impact of foundation endowments is going to become a more visible lens of assessment of foundations’ performance and contribution to society. The ACF study referred to above suggested that, in addition to more suitable deal flows, fully half of those already engaged in social investment felt that of most use would be greater internal capacity in terms of staff and trustee skills and time, and secondly, collaboration with other foundations or membership in peer support networks. Fewer than 25 per cent of them felt that advice from mainstream investment managers would make a difference. But 33 per cent of those not yet engaged thought greater expertise from mainstream advisors would be of greatest help.

Both philanthropic and financial advisors who are knowledgeable about how to help foundations move in this direction will position themselves in the forefront – not in catching-up mode – of what could be one of the most important trends in philanthropy in the decade ahead.

Download this article as a PDF. This article first appeared in Philanthropy Impact Magazine issue 14.