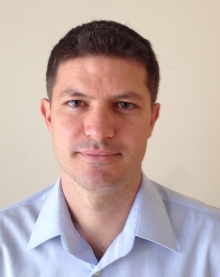 A company mission can act as an important motivational driver, provided there is alignment with the values endorsed by its employees. It would be a mistake, however, to leverage only on intrinsic motivation to recruit talent.

S uppose somebody asks you to build a series of identical Lego models and pays for your effort based on how many you assemble. Would it make a difference whether the pieces you have completed are left to accumulate on your working desk or are disassembled immediately after completion? Why should it make a difference? After all, you can reasonably expect that all models will be eventually disassembled. Does it matter whether this happens now rather than later? This is the setting of a study by psychologist Dan Ariely (from Duke University) and co-authors1 and what they find is that with immediate disassembling (aptly labelled the Sisyphus condition) people complete 30% less pieces than when models are left to accumulate (the Meaningful condition). This illustrates how motivation is a subtle concept and, yet, a central factor in any organisation.

Working for a company that, in the words of Google founders, ‘does good things for the world’ can potentially represent an important motivational driver for its employees. Sometimes this element is inherent in what the worker does – think about being a frontline nurse for a charity devoted to children welfare – while in other cases this motivational element can emerge in a more indirect way, depending on how a company does what it does. This can be the case, for instance, when firms introduce corporate social responsibility policies.

To find out whether there is indeed a motivational element to corporate social responsibility (CSR) policies, Michael Vlassopoulos (from the University of Southampton) and I hired more than 300 students to perform a data entry task involving bibliographical records.2 This is a rather mundane task, not particularly rewarding in itself, and we paid students a wage with a fixed component, plus a bonus based on performance.

We then compared the boost in productivity arising from stronger monetary incentives, in the form of a higher bonus, to the increase in the number of entries associated with the provision of intrinsic incentives, in the form of a donation to a charity chosen by the student. This donation could either be contingent on productivity or a lump sum. What we find is that associating the job with a charitable donation increases individual performance by an average of 13%. This is less than what is achieved by an equally costly increase in monetary compensation, but the difference is rather small. Moreover, it does not really matter whether the donation is contingent on productivity or not.

This suggests that what the donation does is to enhance a worker’s identification with the job by providing meaning to an otherwise repetitive task. Finally, leaving students freedom to choose whether to allocate some of their compensation to a charity, rather than imposing the donation, reveals that half of them are willing to do so, with women exhibiting a higher propensity than men. These findings are consistent with surveys showing how firms with CSR activities have a more committed workforce and are more attractive for jobseekers, in particular among more qualified prospective employees.

But what does “good” mean?

People are, of course, diverse in their values and beliefs, so, what is commendable and worthwhile for some, may leave others indifferent (or worse). This puts to the forefront the issue of alignment between the mission pursued by an organisation and the values of its workers. A recent study by Jeffrey Carpenter and Erick Gong (both at Middlebury College, in the US) nicely illustrates this problem. In conjunction with the 2012 US presidential elections, they first surveyed students about their political preferences. Approximately two weeks later, they hired students to stuff letters into envelopes, with a random assignment to either the Republican or Democratic campaign.

Thus, some participants experienced alignment between the mission and their own preferences, whereas others were assigned to work for a campaign they did not support. The consequences on productivity are striking: alignment increases productivity by 72% compared to mismatches. Adding a bonus contingent on the number of stuffed letters makes up a large portion of the loss in output due to mismatching, while it does not affect productivity for cases where there is alignment. Financial incentives can thus partly compensate for misalignment, but they are, of course, expensive.

If the mission of a company can act as a motivational driver for an employee who shares the same values, should a company then leverage on its mission when recruiting? This sounds like a no-brainer, but some recent evidence casts doubts on this conclusion. In 2010, the government of Zambia wanted to hire 330 people for a newly created position in the civil service, the community health assistant. The job mainly concerned the visit of households in underserved areas to provide health care services. This is the type of job where intrinsic motivation could potentially play an important role. So, should the recruitment drive appeal to this?

To find out, the government partnered with Nava Ashraf (from the Harvard Business School) and co-authors and randomised the message of the recruitment campaign. In 24 of the country districts, the recruitment poster highlighted the social aspects of the job (‘Want to serve your community? Become a community health worker!’), while in the other 24 districts, the message was geared towards career opportunities (‘Become a community health worker to gain skills and boost your career!’). They then measured the qualification of candidates, finding that candidates with very high qualifications were virtually absent in districts with the social message. They also tracked performance of people actually hired to do the job for one and a half years. What they found is that candidates hired in districts underlining career opportunities, rather than the social aspect of the job, performed more visits to households, even holding individual characteristics like qualifications constant. It thus appears that the appeal to the social dimension of the job backfired, holding back high performers.

The conclusion that extrinsic incentives like career opportunities or salary are not detrimental to motivation is also borne out in a study in Mexico conducted by Ernesto Dal Bó (University of California, Berkeley) and co-authors. They looked at the recruitment of community development agents across 106 Mexican sites in 2011. The job consists of identifying areas where public good provision is deficient, and working with existing public programmes and local authorities to remedy these deficiencies. Again, these are jobs with a very strong social mission and there may be a concern that offering high extrinsic incentives, like high salaries, may attract people exclusively driven by money, with low intrinsic motivation.

To verify whether this is indeed the case, they introduce random variation in the salary offered: in some localities, the posted wage was approximately $500 a month, a good salary given the local labour market conditions, while in other localities, the posted wage was 75% of that. Their findings show that high salaries actually attract better candidates, both in terms of skills and, crucially, in terms of intrinsic motivation.3

To conclude, the evidence suggests that people are indeed motivated by the mission of the company for which they work, but that it would be a mistake to rely only on this to recruit (and retain) talent. Extrinsic incentives like salaries and career development plans are not in contradiction with a motivated workforce, but may act as a complement to a strong mission.

2 For more details, see: Tonin, Mirco and Michael Vlassopoulos, “Note to bosses: workers perform better if you give to charity”, The Conversation, January 2015 https://theconversation.com/note-to-bosses-workers-perform-better-if-you...

3 An extended discussion of these issues, including a bibliography with references to the studies discussed here, can be found in this open access article: Tonin, Mirco. “Are Workers Motivated by the Greater Good? Evidence from the Private and Public Sectors”, IZA World of Labor, 2015: 138 http://wol.iza.org/articles/are-workers-motivated-by-thegreater-good

This article first appeared in Philanthropy Impact Magazine issue 14. Download this article as a PDF.