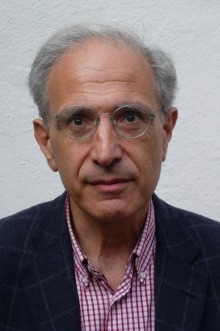 Magazine article
By:
Michael Norton
12 August 2015
Click here to download the article as a PDF
Investing in Individuals with Ideas
Many foundations aim to support innovation – to help find new solutions to old problems and to address new problems in society as thy emerge. Needs are changing all the time, and new techniques and new technologies can be used to tackle these problems and needs – from Alzheimers and obesity to people’s wellbeing and climate change.
Most usually, a foundation will invite or respond to project proposals submitted to it by an established organisation. But there is another way, which was pioneered through UnLtd, which is to Invest in Individuals with Ideas – which I call the ‘3I’s of social change’. This approach has two advantages:
UnLtd, at the starter level, offered modest sums (of up to £5,000) to anyone with a good idea that aimed to create some form of social impact, providing them with support as well as to help them do this. Not all the ideas were brilliant; not all the projects succeeded. But some were, and some did.
The first award was made in 2003 to the Muslim Youth Helpline, started by a young Muslim (Mohammad Mamdani) in the attic of his home to provide advice and guidance to young Muslims caught between two cultures and two value systems. Supported was Cool2Care, where someone who had experienced the problems of caring (Phil Conway) wanted to provide respite care to relieve the primary carer. Also supported was MyBnk (Elisabetta Lapenna) to develop financial literacy and enterprise training for young people. We supported Patient Opinion (Paul Hodgkin) to generate user feedback for the healthcare system.
These were just four of the more than 1,000 projects a year supported at this early stage. In deciding who to support, we assessed the individual rather than the idea. UnLtd us now spreading around the world through the Global Social Entrepreneurship Network.
The X-Prize Foundation believes that there is sufficient creativity in the world to attempt to solve its major problems. They issue challenges with big prizes to encourage creativity to address some of the world’s bigger problems and challenges with this philosophy: Rather than throw money at a problem, we incentivise the solution and challenge the world to solve it. We believe that challenges must be audacious, but achievable, tied to objective, measurable goals. And understandable by all. We believe that solutions can come from anyone, anywhere and that some of the greatest minds of our time remain untapped, ready to be engaged by a world that is in desperate need of help. Solutions. Change. And radical breakthroughs for the benefit of humanity.
Creativity can come from unexpected places – and not just from the big players and recognized experts. So the expectation was that the X-Prize’s first challenge to develop a low cost lunar lander for the next generation of space exploration would not be won by a team from NASA or Boeing, but from an inspired individual imbued with the silicon valley spirit. And so it proved.
From Startup to Scale Up
Having a good idea is only a starting point in the innovation process. An idea is only a good idea if something is done with it. This is not strictly true, as the idea might inspire somebody else to do something. But if we can encourage good ideas to be developed, the more likely we are to create solutions.
A recent phenomenon has been the emergence of the incubator as a mechanism for supporting individuals and their ideas. Walk around any city, and on some street you will come across an incubator. Some incubators are themed around a particular issue; some focus particularly on the use of new technology; some are linked to maker spaces; some support non-profit solutions and social enterprises; but some are for anyone with a good idea.
Around the world, there is a huge amount of energy and creativity waiting to be harnessed, sometimes motivated by profit, often not. For example, at Tsinghua University in Beijing, the university has set up an X-Lab (with Microsoft sponsorship) which incubates 600 teams of students (average 10 people per team) to help them develop their ideas for an enterprise, many of which have a social or environmental aspect. And the UK government in partnership with UnLtd is helping 60 universities across England to encourage and support social innovation.
I myself have invested in three incubators, each adopting a different approach:
The incubation process will takes a project forward from the startup phase, helping it develop its business model, its marketing and its financing to a stage where it is investment ready and ready for scaling up and spreading.
The Environment – a big issue needs big solutions
We live on an extremely fragile planet. Growth in both living standards and population size is creating an unprecedented impact on our environment which we need to manage much more sustainably for our very survival.
Despite its importance, grant-making to environmental issues represents only a tiny fraction of grants made for charitable purposes – and public giving is often directed to more emotive causes such as emergencies and disasters, cancer and children.
But we urgently need to find solutions to the many pressing environmental problems – global warming, deforestation, species loss, pollution, discarding of industrial, consumer and electronic waste, clean air and clean water, green energy…

Despite its importance, grant-making to environmental issues represents only a tiny fraction of grants made for charitable purposes – and public giving is often directed to more emotive causes such as emergencies and disasters, cancer and children.

We can encourage environmental action at a number of different levels:
And in China
Over the past 30 years, China has emerged as a major economic power, and such is the pace of change that it could become the world’s wealthiest country per capita within a generation. This rapid rise has created major environmental problems – from water quality to air pollution. In Beijing in August 2014, I experienced a phenomenon which they called ‘APAC Blue’. For the Asia Pacific economic summit, factories had been closed down and transport restricted to ensure clean air and blue sky. A week later when I flew out, the haze was beginning to return. In Shenzen, China’s fourth largest city bordering Hong Kong, new car registration is being severely restricted as a way of reducing both pollution and congestion.
China’s recently-adopted national priorities include both addressing environmental issues and promoting innovation. And when China decides to do something, things are often done with a determination and at a scale not seen anywhere else in the world. For example, in Shenzen, Tsinghua University has a graduate campus, and the city government is giving them a 30-storey tower block in which to create an innovation centre, which includes a joint venture with the University of California, Berkeley to develop new technologies as well as an iSpace incubator. This is scheduled to open in June 2015 – and is just one of the six tower blocks on the site.
I see China and Shenzen as an appropriate base for creating environmental solutions. China also provides access to manufacturing and is an increasingly important player in international development, especially in Africa.
I am now developing a collaboration to promote and support environmental innovation along the whole process from start up to scale up, to create solutions to China’s well-recognised environmental problems as well as for the region and the wider world. The collaboration will involve those encouraging ideas and helping projects get started, incubators and others helping projects get established and create sustainable business models, and those interested in funding or investing in or partnering with these ventures to take them to scale.
With support from the Singapore government, Jack Sim created the BoP Hub to encourage solutions to the problems of poverty in the world through ‘Bottom of the Pyramid solutions’. This was launched in August 2014. Poverty and environment are the two major and often interconnected global issues. Our aim is to create an analogue to the BoP Hub in Shenzen to address the environmental challenges that the world faces. We welcome interest and support for this initiative.
This article first appears in Issue 8 of Philanthropy Impact Magazine, click here to download the article in PDF

30 Jul 2014
Social Enterprise and Social Investment: Characteristics, Applications, Issues and Challenges We are very pleased to announce the launch of a special...
View full news story