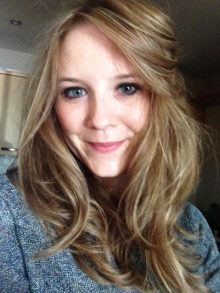 Magazine article
By:
Katherine Johnston
17 June 2015
Click here to download the article in printer-freindly PDF
Why Energy is the Golden Thread in Development
When Edison started selling electricity in 1882, over a billion people lived off-grid. Today, despite huge advances in technology, that number remains unchanged. 20% of the world’s population lack access to electricity and a further 2.5 billion are technically connected, but beset by black-outs and unreliable power.
At night-time, the productive day for 600 million people across Africa is cut short and families are forced to burn expensive, dangerous and polluting kerosene, or use costly alternatives like candles and torches to light their homes. The numbers are staggering. The average rural African family can expect to spend around 15% of their income on lighting alone.
Notably absent in the Millennium Development Goals, energy access is increasingly taking centre stage with the landmark inclusion of universal energy access as a Sustainable Development Goal. For those living in Africa’s poorest countries, providing universal and sustainable access to lighting is a huge challenge – but with innovative solutions, it’s surmountable.

The Limits of the Grid
For most people in sub-Saharan Africa, getting connected to the grid any time soon is unlikely. Grid expansion cannot keep pace with population growth, estimated to double by 2040. If the 100% electricity access target is to be reached by 2030, the current rate of grid expansion would also have to double – requiring huge, and costly investment that governments can ill-afford.
The International Energy Agency estimates that an additional $640 billion is needed over the next 20 years - a 300 to 500 percent hike on current investment levels,at a cost of $2,800 per household.
Meanwhile, rural Africans continue to burn kerosene and which governments subsidise to an unsustainable degree. It is estimated by the United Nations Environment Programme that the Economic Community Of West African States (ECOWAS) region alone spends $4 billion subsidising kerosene for lighting each year, at a cost of $20 per person. Yet a solar light can cost half that amount and for $120 a customer can buy a solar home system.
Leading industry advocates, including the Global Off-Grid Lighting Association and environmental organisation the Sierra Club, have shown that universal energy access can be achieved more quickly, cheaply and efficiently with greater investment in off-grid energy solutions. In Africa, a booming market for portable solar products shows that poor, rural customers are already voting with their wallets.
Catalysing a Sustainable Market for Solar
SolarAid, is an international NGO founded in 2006. Back then, it installed solar panels on schools and clinics in Africa, and manufactured solar products. Costs were high, impact limited, and we couldn’t see a route to sustainability. Two key trends changed all that and bolstered the emerging market for portable solar lights: a simultaneous fall in price with improvements in quality. The watershed moment came in 2011 when manufacturer d.light released their disruptively priced S1, as the world’s most affordable solar light, retailing at US$10. SolarAid changed strategy to focus on where, as a philanthropically funded NGO, we could make the biggest difference; creating supply and demand for solar lights in areas too expensive or difficult for private companies to work in.
In 2008 we set up our wholly-owned social enterprise, SunnyMoney to sell lights, and in 2011/12 we saw huge sales success when Headteachers - seeing the huge educational benefits - helped us bring the basic study lights to their communities. Today, SolarAid has the ambitious goal of eradicating the kerosene lamp from Africa by 2020. CEO Andrew Webb explains “SolarAid’s hybrid of charity and business means that we are in a unique position to catalyse sustainable markets for solar lights, maximise the impact of donations and focus on our social mission to reach the poorest customers as quickly as we possibly can.”

SunnyMoney’s model overcomes the awareness, availability and affordability barriers in rural communities. In partnership with Ministries of Education, we train Headteachers to educate parents about solar lights, who then purchase them to save money and invest in their children’s futures. As customers tell their friends about their light, demand grows. This sparks the wider community’s interest and the market conditions required for SunnyMoney agents – independent traders or shopkeepers – as well as other actors to enter the thriving market.
Lighting Africa; the joint IFC and World Bank initiative which pioneers public and private sector support for Africa’s emerging off-grid sector, estimates that in 2009, less than one percent of the population in Africa was using modern LED solar lighting products. Today, this figure sits at around 5%; with huge growth seen in 2012-2013.
The Social Impact of a Solar Light
Buying a ~£6 light is still a big upfront cost for a family used to spending £0.96 on lighting per week. Rightly cautious, customers need to know that they are making a good investment. In 2012 SolarAid set up its Research & Impact Department to measure the impact of each solar light sold.
90% of SunnyMoney’s customers live below the poverty line of $1.25 per day. When they invest their hard-earned money in a solar light, the impact for the family is transformative. Our average customer will recoup the cost of their purchase in 10 weeks. After this, a family saves $70 a year—around 10% of their income. Solar light users tell us they spend their savings on food, school costs and investment in livelihoods— helping to lift themselves out of poverty. As Veledeian Phiri from Zambia told us, “I bought the solar light because I wanted to save some money; buying kerosene every month was expensive.”
Educational uplift is also profound, switching from kerosene to solar light, children study for an extra hour a day and are freed from the headaches, coughing and eye strain caused by kerosene fumes; over half of families we speak to report better health. Safe light after dark also means families have more time to spend together and for every kerosene lamp packed away, 200kg of CO2 emissions are averted, as well as toxic black carbon. The effect on enterprise is even more astounding. Shops and restaurants once in darkness open their doors at night and young men and women can work in the evening. SolarAid’s model itself is enabling hundreds of solar entrepreneurs to operate across East Africa, with these in turn helping to catalyse a sector that is seeing 110% year-on-year growth.
The First Step on the Energy Ladder
SunnyMoney Agents can sell a mix of products including mobile phone and radio charging lights. Agents tell us their income increases by 29% when they start selling lights, and 87% of find that customers return to them to buy a second light. At SolarAid, we believe that providing sustainable access to lighting is a first step to achieving sustainable energy for all. Across the sector, manufacturers and distributors see huge potential for customers who experience the benefits of their first solar light to use their savings to invest in bigger solar products, and over time climb an ‘energy ladder’ to benefit from phone charging lights, clean cook stoves and solar home systems. In doing so, customers could ‘leapfrog’ the grid altogether - in the same way that in rural Africa mobile phones and mobile money are ubiquitous but landlines and bank branches remain scarce.
The potential for an ‘energy ladder’ can only be realised if agents and customers alike have access to microfinance and credit. Encouragingly, manufacturers and distributors are building partnerships with microfinance organisations, mobile network operators and companies with well-established distribution channels. Sector-wide innovations to reduce products’ upfront costs include solar lights embedded with payas- you-go technology which are paid in instalments mimicking weekly expenditure on kerosene.
Investing in a Brighter Future
$90 million in investment came into off-grid lighting in 2014, with a similar amount coming into the market in the first two months of 2015 alone. Market growth is continuing to accelerate but is concentrated in a handful of countries in East Africa and South Asia, and often focused on a smaller, wealthier customer base. The Sustainable Energy For All initiative provides a huge opportunity to for the international development community to build a cost-effective off-grid sector that can lift millions out of fuel poverty. At a national level, there is a huge need for philanthropic funding to continue to drive the expansion of the solar market in remote rural areas, and to campaign for the policy conditions required to stimulate market growth.
Countries like Kenya and Tanzania, which have good policies in place to support the off-grid sector, are leaving the rest of Africa behind, where kerosene subsidies and VAT/tariffs on solar remain commonplace and inhibit market growth. In most countries, market penetration remains negligible - at less than 3%. Yet public private partnerships, like SolarAid’s relationships with Ministries of Education, can play a huge role establishing cost-effective distribution networks that serve the poorest.
In many rural areas of Africa, the switch from kerosene to solar is already having a profound impact on poverty, hunger, safety, health, education, employment, enterprise and the environment. For over a century we have been benefiting from clean, safe light, surely it’s time to bring light to all.
This article first appears in Issue 8 of Philanthropy impact Magazine, click here to download the PDF in printer-friendly PDF