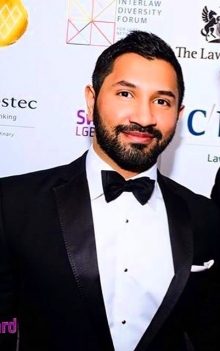 In early 2012, a three-year-old child called Amal* was brutally raped in a New Delhi slum by her neighbour. The rape left the child with horrendous internal wounds that would require at least three reconstructive surgeries and forced Amal to carry around a colostomy bag that hung outside her body to manage her digestive functions.

I n February 2014, a Delhi trial court dismissed Amal’s testimony on the basis that she was an incompetent witness, and disregarded her repeated identification of her rapist. In the course of her cross-examination, Amal was asked to show how she was raped. The child was mocked, taunted and insulted by the trial court judge who said “Gudiya tum jhoot bol rahi ho (child, you are lying, right?) True or not?”. When Amal’s mother asked the judge to see the evidence, she was told, “Don’t interrupt.” The actions of the trial judge were a complete disregard of the rights and dignity of the child victim. Amal was denied a fair trial and justice for the crime committed against her.

Amal’s mother never gave up on seeking justice for her daughter and Amal’s case was finally referred by a local Child Rights charity to iProbono – a groundbreaking online platform that connects individuals and organisations that need legal help but cannot afford it with lawyers that provide it for free. iProbono helped set up a legal team to seek justice for Amal and challenged the trial judge’s verdict at the Delhi High Court. On 13 October 2014, the Delhi High Court delivered a landmark judgment that reversed the trial court’s decision and held that there were no circumstances to disregard the child’s evidence. The Court laid down detailed guidelines on how a child ought to be interviewed and set new precedence for the sensitive treatment of children within the criminal justice system. Amal’s story is one of the many legal successes achieved by iProbono. Recently its lawyers helped set new precedence in India on compensation for boy victims of rape and helped a human rights activist escape Bangladesh and seek asylum elsewhere following the brutal murder of his fellow activists. Since its inception in 2009, this non-profit tech start-up has helped deliver over £11 million worth of free legal help to other charities and individuals in need.

What’s interesting about the impact of iProbono is its ability to utilise technology that has changed traditional businesses and apply that to the non-profit sector – in this case, international justice. Through being a purely web-based platform, iProbono has been able to reach out to a much larger audience of both lawyers and organisations at a far lower cost. Its algorithm matches registered individuals and organisations seeking pro bono legal help with registered lawyers in the desired locations that have the skills, experience and time to help. iProbono’s back office staff, based in New Delhi and London, step in to verify the authenticity of the registered individual or organisation and the capability of the pro bono lawyer. They further provide support to the lawyers through additional research, reminders, training and secretarial assistance to ensure that the matters are completed effectively and accurately. Once matters are completed, iProbono records feedback on the lawyer’s skills and updates their records on the type of work undertaken What has been effectively built over the last few years is one of the largest databases of the world’s lawyers and their capabilities.

Technology has enabled iProbono and a spate of other tech-based human rights charities such as Videre (they use micro cameras to record and safely expose human rights violations and corruption by state officials against oppressed communities in hardto-access areas) to achieve greater and more effective results than traditional non-profit organisations, with often-lower costs. iProbono has raised just over £1m from philanthropic foundations and delivered pro bono work valued at over £11million using the most conservative of estimates (iProbono does not calculate the value of pro bono work delivered based on the actual billing rates of the matter lawyer but on a much lower rate based on what the requesting charitable organisation would have realistically had to pay or been able to afford).

In investment terms, this would mean a long-term ‘return on investment’ ratio of at least 1:11. This figure disregards the social impact of the type of work that iProbono lawyers undertake. Their work has helped strengthen legal systems and protect vulnerable communities. More importantly, by providing free legal advice to charitable organisations, whether it be through reviewing their day-to-day contracts or undertaking strategic litigation on their behalf, iProbono has helped free up cash for these organisations (which would have otherwise been spent on obtaining legal advice) for their core charitable work.

Within the space of a few years, iProbono has grown to include a database of over 60,000 lawyers in 39 countries. Its model has been so successful that it is being replicated by similar charitable start-ups in the fields of pro bono accountancy and consultancy such as Singapore’s Pro Bono Accountancy.

However, these new rebels in the international development landscape face major challenges in accessing funding to better deliver their already immensely successful models. This is primarily because the biggest share of available development budgets goes to traditional, heavily staffed, not-forprofit organisations with global offices that have the experience of lobbying foundations and politicians and can throw glitzy gala dinners.

Governments, philanthropists and foundations, who are keen on their money having a greater social impact, should look more closely at the tech-based, non-profit start-ups that are rapidly changing the traditional sector with better results and higher social impact for a lower cost.

Download this article as a PDF. This article first appeared in Philanthropy Impact Magazine issue 15.