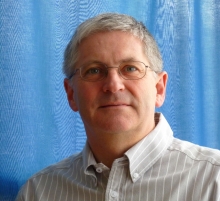 Wealth is being created across Asia Pacific with unprecedented speed. There are now more high net worth individuals in Asia than in either North America or Europe. Economic development is creating huge middle classes in emerging economies like India, Indonesia, and Thailand. But half of Asia’s 1.63bn people live on less than US$2 a day.

Rapid development burdens the environment and widens the gap between rich and poor. While Asia has many historical and cultural practices of giving, new, innovative expressions of philanthropy must rise to the social and environmental challenges in the region. At the Asia Centre for Social Entrepreneurship & Philanthropy, we are studying how innovative philanthropy and social entrepreneurship are supporting each other’s growth in Asia. Our initial report, Innovation in Asian Philanthropy, profiled a number of impactful developments and highlights how the ‘philanthropy ecosystem’ must evolve to effectively connect capital and ideas. We followed up this report with studies detailing the innovative development of giving circles and angel investing for impact.2

Social entrepreneurship is today a truly global phenomenon; virtually every country in Asia has individuals and organisations addressing social problems entrepreneurially - innovators with an eye on creating impact at scale. This approach fits well with a new generation of philanthropist, often entrepreneurs, who see themselves as investors in social change rather than donors to charity. In India EdelGive Foundation is a venture philanthropy fund that uses grants to help ambitious NGOs become stronger organisations and reach more people. The Foundation was created when Edelweiss Capital, an Indian financial services company went public in 2007, by founding entrepreneurs who wanted their philanthropy to mirror the ‘entrepreneurial DNA’ that grew the company. Former investment banker Darius Yuen wanted to avoid traditional charitable giving and set up SOW Asia as an impact investment fund that would support Hong Kong’s social enterprises with a business like discipline. The fund is now investing in a pioneering recycling enterprise on the island city. Even some corporate philanthropy in Hong Kong is being reoriented from charity donations towards innovative support for  social enterprise – Hong Kong Broadband Network, which runs the world’s largest metro Ethernet network, outsources customer helplines and canteen services to social enterprises, and its senior staff provide business mentoring to social entrepreneurs3.

Institutional grantmaking is in its infancy in Asia compared to the USA or Europe. Grantmaker networks that abound in the west have helped professionalise the sector and set benchmarks in good practice and transparency, but are virtually non-existent across Asia. The high profile of impact investing and venture philanthropy can overshadow the need for a vibrant ‘traditional’ grantmaking sector, playing its key part in the spectrum of financing for non-profits, social enterprises and mission-driven businesses. Our study reported several highly innovative private and family foundations that serve as good models not only for Asia, but globally. The Zuellig Family Foundation (ZFF) is a story of philanthropic evolution since 1901 when Swiss émigré and entrepreneur, Fredrick Zuellig, put his roots down in the Philippines. Today the Zuellig Group is one of the largest privately owned health care businesses in Asia. The family’s foundation is highly focused and results-driven, and independent of the numerous CSR initiatives of the business group. ZFF addresses maternal mortality with the goal of improving health equity for the poorest Filipinos. An innovative programme of civic leadership development in rural municipalities had led to a reduction in maternal death so striking that government now plans to roll out the programme nationally. Singapore’s Lien Foundation was endowed with half the wealth of banking and property entrepreneur Lien Ying Chow, an orphaned Chinese migrant with a passion for education as the route out of poverty. Today the foundation is guided by a principle of ‘radical philanthropy’ to address ‘the root of problems’ in Southeast Asia. Beyond operational success it values clear and transparent communication with its grantees and the wider public – its annual reports would put many an American or European foundation to shame.

The pooling of donations by individuals to form a giving circle is well known in the USA, where there are thought to be over 600 today. Recent unpublished research suggests there may be up to 80 circles in UK and Ireland4 , and in 2015 we reported our findings on giving circle activity in Asia5 . We know from research in the USA that giving circles are important because they raise resources for non-profits, and help their members grow in terms of generosity and maturity as donors. Ancient traditions of charitable giving have existed for centuries in Asia, but the concept of organised philanthropy in order to effect specific societal benefit is relatively novel. Our study categorised Asian giving circles that were either ‘transplanted’ from existing networks in the West, or ‘indigenous’ circles that had been initiated locally. A selection of the 23 transplanted and 14 indigenous circles we reported are listed in the table.

We found generally that transplanted circles were not operated as tight franchises but encouraged to adapt to local context and led by locally-based champions. The Asian chapters of Social Venture Partners (SVP), one of North America’s largest networks of city-based circles, developed characteristics relevant for India, China, Australia and Japan. In India, the city chapters were legally registered under a the umbrella of a single non-profit entity – a neat workaround in a country where registration can be arduous – and this gave scope for the chapters to adopt a dual funding strategy: a nationwide focus on supporting economic livelihood coupled to city-based priorities relevant for each locality. Impact 100 chapters in the USA are almost entirely women-only groups, whereas in Australia they encourage mixed gender membership.

We identified a small number of giving circles in India, Singapore, Hong Kong, and Australia apparently unconnected to any model outside of the region. These included a circle for women only, one working among a diaspora community, a group for next-generation philanthropists, and a cluster of circles hosted within a venture philanthropy fund. Indigenous giving circles have no direct link to groups outside Asia and appear to have developed their own models without explicit reference to existing ones. In the globalizing field of philanthropy they are likely to be influenced, if even unconsciously, by established models in the USA and Europe where there has been an opportunity to connect with and learn from them. Dasra is a Mumbai-based venture philanthropy fund and social entrepreneur support organisation that initiated its own giving circles targeting high net worth individuals and grantmakers as members. A circle of ten members, focused on a particular social issue, is formed only after extensive market research and the shortlisting of ‘best in class’ non-profits. Financial commitment is high, with each member pledging US$60,000 over the 3-year lifetime of the giving circle. By contrast, New Day Asia in Hong Kong requires its 80 or so members to give a monthly minimum of HK$500 (US$65) to support non-profits in Cambodia, China, Nepal and India. The low financial barrier to joining encourages young professionals to experience the collective impact of giving and volunteering their time. New Day Asia has raised US$563,000 in donations and co-funding since 2007.

Giving circles are as much about educating donors as funding non-profits, and in Asia they offer the wealthy and middle classes opportunities to grow in their own philanthropic journeys. Giving circles are growing in number and diversity across Asia, although many more are likely to exist than uncovered through our studies. Our new website www.givingcircles.asia will provide an information portal and help dispersed giving circles to connect with one another.

During our study on giving circles we found several individuals who donated collectively through a circle and were also active as business angel investors. This prompted us to investigate further how the angel-investing model is being applied to early social enterprises. Business Angels are typically high-networth individuals, often entrepreneurs, who invest their money and time into the early stage businesses of others with the objective of a financial return. Some angels are also active philanthropists and can apply their angel skills to enterprises that seek to create social value through a sustainable business model. In describing a typology, we observed the migration by traditional business angel groups into impact investing; impact angel networks (either independent or embedded within other organisations) and individual angels investing alone or in ad hoc association with others. The Delhi-based Indian Angel Network has over 300 angels investing in early stage businesses and since 2013 its IAN Impact fund attracts 40 angels looking to blend social and financial impact. Angel networks in Pakistan, Taiwan and Hong Kong are also bringing investable social businesses to their members. Such enterprises often get off the ground with finance from ‘friends, family and philanthropy’, but as their business develops angels can bring a mix of equity investment and commercial advice to help them move to the next stage of maturity.

An Ecosystem for Philanthropy

Philanthropy should not operate in isolation but more effectively in an ecosystem where research, information and brokerage connect capital to ideas with maximum efficiency. The dearth of grantmaking support networks mentioned above is just one example of gaps in the Asian philanthropy ecosystem. There are signs that the ecology is evolving – particularly with the arrival of venture philanthropy and impact investing networks in the region. One innovation that is bringing transparency to grantmaking is, perhaps counter intuitively, to be found in China. The Beijingbased China Foundation Center (CFC) has tracked the rapidly growing Chinese foundation sector since 2010, publishing a level of detail online that would be hard to find outside of the high-disclosure jurisdictions of the USA or UK. CFC’s Transparency Index is an innovation that could well be replicated throughout Asia.

Philanthropy in Asia is a melting pot of traditional, cultural giving and western models imported by a highly mobile and educated class of new philanthropists. It took 100 years to shape American philanthropy and Asians are doing what they do best – taking what works and adapting to meet their own needs. This is an exciting time for philanthropy in Asia.

21 May 2009
Participating in giving circles encourages donors to give more, and to be more strategic, a new report from the US finds. When donors pool their...
View full news story