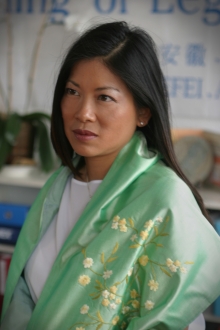 Magazine article
By:
Karen Tse
2 July 2015
Click here to download the article in printer-friendly PDF
No Justice in Poverty and Inequality
Every day in over 100 countries around the world, hundreds of thousands of people are arbitrarily detained, tortured, and denied access to counsel by the police. Torture is used as a basic and cheap method to extract confessions and speed up criminal trials, completely circumventing due process. Why bother building a case based on evidence – and potentially lose at trial, with a loss of face as well – when a confession can speed up a clogged docket? What does it matter if the confession is coerced? This lack of respect for rule of law in criminal justice systems causes untold human suffering, perpetuates patterns of violence and impunity, and wastes vast economic potential.
Today, the problem of state-sanctioned torture mostly affects ordinary people ensnared in failed judicial systems in countries whose public services fail in a myriad of other ways. Torture particularly afflicts the poorest of the poor: the three million people around the world stuck in pre-trial detention. It is shocking that there are places in the world where a person’s guilt is determined by their threshold for physical and mental abuse; often the guilty escape consequences because of the forced
confession of an innocent.
Over 70 years have passed since the Universal Declaration on Human Rights in 1948 recognised the right not be tortured, bolstered by a plethora of EU and other regional resolutions. Although most countries have laws prohibiting torture, these robust forms of declaration have not been matched with on-the-ground implementation.

It is shocking that there are places in the world where a person’s guilt is determined by their threshold for physical and mental abuse; often the guilty escape consequences because of the forced confession of an innocent.

The problem is systemic, not personal – that is, it is not a matter of individual victims or corrupt bureaucrats, but about the lack of a basic legal infrastructure to protect individual rights. Likewise, the remedy is not to draw attention to one-off abuses, but to improve the overall process of the judicial system, with a particular emphasis on public defenders.
International Bridges to Justice
International Bridges to Justice (LBJ), partners with national governments, not antagonise them as outside activists. And we team up with local defense lawyers rather than swoop in with experts who do not understand local conditions. We connect these pioneering, local defense lawyers with a network of likeminded peers from around the world – often hailing from our ‘JusticeMakers’ annual fellowship program of local pubic defenders – so that they can support each other and learn from each other.
After more than a decade of running legal rights programs deep in the heart of countries as diverse China, India, Rwanda and Brazil, we find that there is, optimistically, a cost-effective calculus to eliminating torture: the establishment of legal aid centers and qualified staff to intervene to defend a suspect’s rights from the moment they are accused. By advocating on behalf of the suspects at the earliest stages of a case, it is far less likely that the people will see their rights violated or be tortured by police or prosecutors.
By doing this, IBJ is able to rescue people ensnarled in failed judicial system. This not only supports individual rights, but brings about systematic changes to the legal infrastructure of the country. It produces lasting social stability and supports the wider development agenda.
Putting a sustainable judicial infrastructure in place makes legal rights a part of the mainstream development agenda that policymakers, economists, businesses and regulators sign on to, not simply a matter for lawyers at the courthouse. Improving
the foundations of legal rights involves more than ensuring that every person has access to counsel. It means changing the mindset of all stakeholders in society about how integrity in the judicial system is a critical prerequisite to a cohesive and prosperous society, where the dignity of each person is respected.
Fighting Poverty with Rule Of Law
The moral and ethical case for putting in place the judicial infrastructure to protect everyone’s rights is unarguable. The economic side of the case is equally compelling.
A functional criminal defence system is hugely cost-effective for governments when weighed against the full costs of the alternatives to government, taxpayers, foreign and domestic investors, and to society as a whole. While criminal defence is only a minor element in an entire judicial system, accounting for a small fraction of the system’s cost, IBJ’s experience has shown that it is the central factor in determining the system’s overall success in ensuring the rule of law. And this, in turn, is critical for attracting and retaining foreign investment.

IBJ is able to rescue people ensnarled in failed judicial system. This not only supports individual rights, but brings about systematic changes to the legal infrastructure of the country. It produces lasting social stability and supports the wider development agenda.

Moreover, a functioning criminal defence system, by keeping people out of unwarranted detention and preventing torture, minimises other costly  social problems. These include the loss of productive workers, the spread of deadly diseases, and the
exacerbation of extreme poverty and its attendant social problems like drug trafficking and child prostitution.
When people are tortured, they become disabled physically or mentally. Families living on the edge can plunge into poverty. The economy loses potential output and the government loses tax revenue, while being called upon to pay the cost of the incarceration and social services to the detainee’s dependents. Family members may have little choice but to turn to illicit activities. Lengthy pre-trial detention and jail terms for petty crimes or civil offenses give rise to the same consequences.
Other social costs accrue. The longer someone stays in detention or prison, the more likely they are to contract HIV/AIDs, drug-resistant TB, or other deadly infectious diseases. Such maladies are rampant in the typically overcrowded and unsanitary prisons, and spread to the public at large. With the very high proportion of pre-trial detainees in developing countries, it is unquestionable that keeping people out of unnecessary detention – a major benefit of a functioning criminal defence – reduces public health costs, and prevents loss of income due to illness.
The huge demand for IBJ’s assistance – we have 20 pending requests for country programs underscores the degree to which countries understand the benefits of a functional criminal defence system. Running an effective criminal defence system is relatively inexpensive. In Cambodia, for example, defending a criminal case from the time of arrest to the end of the trial costs about $260. This is roughly the same as the monthly cost in Cambodia of keeping someone in jail.
In summary, everyone wants live in a fair society. This is what IBJ delivers – protection from fear as we achieve justice.
This article first appears in Issue 8 of Philanthropy Impact Magazine, click here to download the article in printer-friendly PDF

30 Mar 2012
A novel donor circle that takes advantage of the government’s Community First match fund aims to build a £20m endowed fund over the next 10 years to...
View full news story