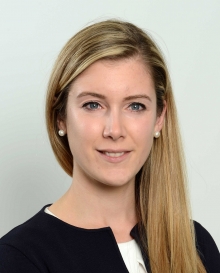 Legacy giving is said to contribute over £2 billion to the voluntary sector. This article explores the risks and opportunities in promoting legacy fundraising, particularly in light of the recent challenges to legacies and the issues faced by the fundraising sector in general.

The starting position – making a will
Legacy fundraising is naturally a sensitive subject and it is therefore understandably difficult for charities to approach the public in order to encourage the giving of legacies. The only certain way in which a supporter can make a gift to charity on his or her death is to make a will including a gift to that charity. We are frequently reminded that approximately 30% of the UK population currently have a will. Legacy fundraisers not only have to convince their supporters to make a will but also to leave a gift to charity. There is then the additional challenge of convincing supporters to continue to include a gift to charity in the event that they re-draft their will. As fewer than 10,000 charities receive income from legacies, it is helpful to consider which charities are benefiting most. Analysis of the top 20 charities by legacy income has revealed that the majority are large international or national charities. Supporters tend to prefer leaving gifts to charities benefiting animals but cancer charities are also widely supported. Regardless of a charity’s cause and size, legacies should be part of an ongoing strategy and this analysis of the top 20 charities should not dissuade a charity from actively promoting legacies as a source of income. Legacies are increasingly a relatively simple way of supporting a cause for the first time, or continuing lifelong support, and do not attract inheritance tax.

Predicted rise in legacy income
Legacies can prove incredibly lucrative with an average gift of just over £200,000 per supporter. It is predicted that legacy giving will grow significantly with a generation of baby boomers leaving or considering leaving a gift in their wills. Legacy Foresight suggests that the number of legacy givers could double by 2050. Additionally, the value of these legacies looks set to increase as the value of property, often the main asset in an estate, rises. Baby boomers are living longer, as are their children who are often well established and in their 40s or 50s by the time they inherit so there is arguably less motivation to benefit the next generation. Understandably, there is discussion in the sector as how best to inform supporters that leaving a gift in their will is an option available to them.

The challenge of disputed legacies
A concern to legacy fundraising, and those administering legacies within the organisation, is that the charity’s legacy could be challenged either due to the validity of the will or on the basis that another interested party seeks increased financial provision out of the estate. The reputational risk of defending a claim together with the cost to the charity of doing so is understandably a concern. The sector was once again propelled into the spotlight by the case of Ilott V Mitson in which a daughter brought a successful challenge against charitable beneficiaries for increased provision out of her mother’s estate. With the media running headlines such as ‘End of Testamentary Freedom’, it is not hard to see why fundraisers who work tirelessly to secure legacies would be disheartened.

However, there is opportunity for the charity sector as a consequence of cases that highlight a charity’s propensity to defend its position. Charities generally pay close attention to the administration of an estate of which they are a beneficiary. Therefore, supporters, in leaving a legacy to a charity, can be confident, due to the duties owed by the trustees, that their estate will be administered correctly and diligently. Challenges to legacies highlight the importance of communication and data collection on the part of the charity and, therefore, supporters should be actively encouraged to communicate their desire to make a gift in a will as this information will be helpful in protecting their legacy to charity.

Time for change and new opportunities
Data collection and the handling of data was one of the issues highlighted by Sir Stuart Etherington in his report, Regulating Fundraising for the Future. The report recommended that the sector needs a stricter regulatory body together with a ‘Fundraising Preference Service’ so that members of the public can opt out of communications from charities. The proposed Fundraising Preference Service has caused concern because it may act as a reset button for those members of the public who are unhappy with charities contacting them.

The issue here is that the opportunity to contact these people may be lost altogether because of the ‘all-or-nothing’ nature of the proposal. Conversely, it may mean that those who do not opt out have a vested interest in the sector and charities. Overall, an ‘opt-out’ will hopefully mean that fundraising spend is used more effectively, which could prove to be an opportunity especially for those charities with a lower fundraising budget.

When collecting data from supporters, provided information is gathered with a supporter’s agreement for a specific reason that is communicated and it is held confidentially only for as long as it is required, there is no issue with a charity holding information about a supporter’s decision to give a legacy. If a supporter passes away, that information can then be made available to the personal representative of his or her estate should a challenge arise to the will or estate. Provided supporters have transparency as to the collection and retention of data, the information can be retained.

Transparency within the organisation and externally will be key going forward and the changes that Sir Stuart’s report may bring should also be viewed as an opportunity. The changes should inspire further confidence in the sector and those charities that have already provided a clear, consistent message to supporters, and managed data correctly, should hopefully reap the rewards. If supporters feel confident parting with information, safe in the knowledge that it is being handled correctly, this will be of benefit to charities and will also assist in the future prediction of legacy income.

Inspiring confidence to give
When making a will, supporters are considering the legacy that they leave behind as an individual. Therefore, if a supporter can see that a charity is providing for its own causes with a clear strategy and long-term vision, this will inspire confidence that they are indeed leaving a legacy.

Charities should try to convey the same message to all supporters, regardless of whether they are a major donor or unknown to the organisation. It is commonly accepted within the sector that, at present, there is little correlation between a lifelong supporter and a legacy pledger and it is therefore essential that any contact a supporter receives with a charity is consistent.

The delivery of this message starts internally. If charities are able to have frank discussions about gifts in wills within their own organisations, it will be easier for them to have these discussions with their supporters. There is no better advert for a supporter than knowing that people within the organisation are supporting it by leaving a gift in their own wills. As supporters wish to know what their legacy will be after their death, a long-standing, consistent and committed message is vital, so that supporters can visualise the value they are providing by leaving a charitable legacy.

Sianne Haldane, Senior Relationship Manager at Cancer Research UK, comments as follows in relation to legacy giving: “Legacies fund about a third of our research. Thousands of people are alive today because of the decision of forward thinking people in the past who chose to leave a gift in their will to our life-saving work. As legacy gifts of all types and sizes make a huge contribution to our research, we share this impact in our organisation and with our supporters and we are seeing that more major donors who are engaged with our cause are asking about continuing their support longer term with a legacy. “We know how important trust and building a relationship are with all our legacy supporters, so we ensure that we maintain great relationships throughout their lifetime and with any executors or family beyond. We also know how important that decision to leave a legacy gift to us is, so we make sure we stay in a dialogue and help them see the impact their gift will have in the future.”

Quite apart from being a sensitive subject to discuss, legacies are an opportunity for supporters to celebrate their lifetime achievements and leave a bequest to a deserving cause of their choice. Therefore, the promotion of income from legacies should automatically form part of a charity’s fundraising strategy irrespective of the size of charity or its cause. All members of the organisation should be empowered to discuss legacy giving in the hope that the charity might benefit from the predicted rise in estate values and number of people making donations to charity in their wills.

Download this article as a PDF. This article first appeared in Philanthropy Impact Magazine issue 13.