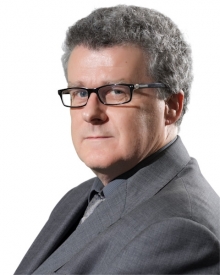 Magazine article
By:
Dominic Fox
4 June 2015
Click here to download the article in printer-friendly PDF
The question of poverty, disadvantage and inequality looms large in the public discourse. The effect of austerity on living standards has been substantial. Not least the reform of welfare provision and tightening of entitlements. This has been pronounced on a group served by trusts and foundations providing grants and assistance to individuals in need.
The Association of Charitable Organisations was created in 1946 shortly after the ending of the Second World War that visited terror and devastation on a global and unprecedented scale. A year previously there had been a general election that delivered an unexpected landslide victory for Clement Attlee’s Labour Party, over Winston Churchill’s Conservatives, giving Labour its first majority government, and a mandate to implement its postwar reforms. Among those were the introduction of the welfare state and creation of the National Health Service.
Britain has thousands of trusts dedicated to the prevention and relief of poverty through provision of grants to individuals in need. Many of these are occupational benevolent funds. In legalese, grant making trusts with restricted groups of  beneficiaries.
These funds give away and invest millions of pounds a year and help an incredible range of people. Solicitors, dentists, pharmacists, travel agents, civil engineers, those working in public relations, electrical industries, the post office and BT, the stock exchange, gardeners, railway staff, medical staff, civil servants, sales people, vets, those in the printing industry, customers of utility companies, women in need of assistance, people with medical conditions and disability.
These charitable organisations form specific networks, in the arts, helping musicians, writers, people in the book trade and ballet dancers. In the services helping those in the RAF, the Royal Navy, and the Army including veterans of past and recent conflicts.
Funds like these have been in existence making a difference since Elizabethan times. English Poor Law legislation can be traced back as far as 1536. The Poor Law system was in existence until the emergence of the modern welfare state after the Second World War.
Although little known these benevolent funds, local parochial charities, livery and companies have been a consistent presence making a valuable contribution to social cohesion and the wellbeing of individuals, communities and society at large.
Britain has thousands of trusts dedicated to the prevention and relief of poverty through provision of grants to individuals in need. Many of these are occupational benevolent funds.
Scotscare, also known as the Royal Scottish Corporation founded in a Covent Garden tavern has been helping out Scots and their children in London for over 400 years. There are now an estimated 340,000 first and second generation Scots in the capital and in the last 3 years they have helped 5,820 people.
The Royal Literary Fund is a UK charity that has been helping authors since 1790. It provides grants and pensions to writers in financial difficulty; it also places writers in universities to help students develop their writing.
The Henry Smith Charity has been helping combat disadvantage and poverty since 1628. Nearly four  centuries after it was first established, it is one of the largest grant making charities in Britain; making grants of over £27 million in 2014.
The Bank Workers Charity founded in 1883 provides a good example of how approaches have changed over time. Originally formed to fund the care of children of bank clerks who were ill or had died; they were called the Bank Clerks’ Orphanage providing care and a good education. By 1963 the charity had over 1,000 children in their care, a record, and over 66,000 supporters.
A total of 3,917 children had been educated since the Bank Clerks’ Orphanage was founded. By the 1980s fewer children needed care as there was more support from the welfare state. Alongside this, the anks themselves were also providing more help and support. A merger with the Bankers Beneficent Society with experience in helping older people creating a new charity - The Bankers Benevolent Fund. By 2011 the Fund broadened its approach by working in partnership
with charities such as Leonard Cheshire Disability, the National Autistic Society, StepChange Debt Charity, domestic violence charity Refuge and Relate providing expert specialist services to beneficiaries.
Our members have countless stories of the help they provide. Mark’s story is typical.

I was 29, it was a beautiful sunny day, and I was out mountain biking with my mates. I’m not sure how, but I came off my bike. My head hit the floor and I broke my neck. It was as simple as that. I passed out, but I remember the air ambulance and how incredible my friends were. I spent the next seven months in hospital and then came out, knowing that I would use a wheelchair for the rest of my life. Up until that point I had been working full time as an accountant in industry. My employer was great, in that they kept my job open for over a year, until I was ready to start working again. But obviously I wasn’t earning during that time. Also, I knew I could never go back to my own flat again because it was on the first floor – so completely inaccessible. My mum and dad moved my stuff out for me. They turned their front room into a bedroom and my girlfriend and I moved in there.
We had some very dark days. It was a lot to adjust to. Before the accident my girlfriend – she’s a chartered accountant – and I had been looking for a place to buy. We’d been planning on setting up home, starting a family, all the normal things that people our age do. For a while we were just in shock. But little by little we started to realise that all those things were still possible. We started to look at bungalows, thinking that if we could get something accessible, we would be alright.
Bungalows were a lot more expensive than the houses we had been looking at due to the demand and we couldn’t find anything accessible. We approached the local authority, but to be honest, if you’re not on benefits, there’s not much they can do for you. It was around this point someone suggested that we approach CABA, the Chartered Accountants’ Benevolent Association. They said ‘find a bungalow you can afford, and we’ll see what can be done to make it accessible.’ That gave us a lot of confidence.
When we eventually found somewhere, CABA were as good as their word. They helped us work out a plan for the alterations and they have funded the wet room, the ramps and for widening the doors. I’m not sure what we would have done without CABA’s help. Maybe we’d have tried to borrow the money for the adaptions, but it wouldn’t have been wise. I’m only working part time at the moment. This accident has been a huge financial hit for us and more debt probably wouldn’t have worked out well.
We’ll be moving into our new home soon – it’s nearly ready. And I’ve been trying new sports – table tennis, javelin, things like that. We’re doing everything we can to rebuild our lives – it’ll be a different life, but a good one.

People like Mark are being helped every day, across the UK and increasingly across the world by British based funds. Funds that have innovated and adapted their practice as needs and environment change.
Developing innovative solutions such as almshouses, providing residential homes, the switch to on-going grants topping up pensions and care home fees to today’s more strategic approach. Today, these funds help in trust over the centuries
favour a more thoughtful intervention, looking at the problems faced by applicants in the round. Many charities now want to make a more substantial intervention that gets to the heart of the problem and addresses multiple need. It has involved much discussion and reflection as they review their practice and make the prevention and relief of poverty appropriate to the needs of 21st century society.
The 1942 Beveridge Report which led to the founding of the welfare state in the United Kingdom identified five ‘Giant Evils’ in society: squalor, ignorance, want, idleness, and disease. Funds operating today know that they need to work in harmony with others to really make an impact on poverty, that any call on charity comes after the state has offered them a helping hand when they need.
That assurance is currently looking under serious threat with growing numbers of what are termed the ‘working poor’, that is people in low paid and insecure employment. After years of assuming that work was a passport out of poverty this calls for a radical rethink on how we approach the prevention and relief of poverty.
The trusts and foundations described here will be at the forefront of such thinking and quietly getting on with changing people’s lives for the better.
This article first appears in Issue 8 of Philanthropy Impact Magazine, click here to download the article in printer-friendly PDF