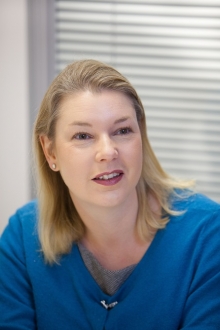 Magazine article
By:
Cath Tillotson
25 March 2015
Click here to download the article in printer-friendly PDF
“The rich are different from you and me,” F. Scott Fitzgerald is said to have once told Ernest Hemmingway, to which he retorted: “Yes, they have more money”. This incident never actually happened; it is, quite literally, a footnote to a 20-year counterpoint between the two writers. Yet, the wisecrack has become so etched into popular Western culture that it almost defines our perceptions of wealth and the wealthy more than half-a-century later.
To a large degree, as wealth advisers we are de facto Fitzgeraldians. We operate in an industry that exists precisely because wealthy individuals and families have specific advice needs that are different from others.
Yet, at the same time we know that it is simply the fact that our clients have more money than average that makes them different. In other respects, as business owners, business leaders, parents and children, they have the same concerns as everyone else.
So, the question of what really does make the wealthy different is a matter of professional interest to us.
Thinking along these lines, we recently completed a report with Withers, the global law firm, entitled: The meaning of wealth in the 21st century. Through quantitative analysis of the attitudes of the 4,500 individuals with more than USD10 million in personal wealth and a further 16 interviews with multi-millionaires and billionaires around the world, we wanted to investigate what it is that really makes the rich different at the start of the 21st century.
The results provided a deep insight into the changing dynamics of family wealth between generations and between continents. Indeed, at the start of the 21st century, wealth-creating and wealth-owning families look very different from the portraits painted by either Fitzgerald or Hemmingway.
What characterises the most successful wealth owning families today is a growing understanding of the need for shared purpose to ensure successful creation, control and distribution of wealth. If a family can agree on the social and economic purpose of their wealth, the interviewees argued, they are more likely to pull together through the challenging times of transition and intergenerational change.
Indeed, wealth owning families recognise that wealth preservation, for its own sake, creates the conditions of privilege and entitlement that ultimate destroy family fortunes.

“If a family can agree on the social and economic purpose of their wealth… they are more likely to pull together through the challenging times of transition and intergenerational change.”

Whether selling a business or deciding on a succession strategy within an extended wealthy family, the most successful through transitions were those who took the time at the outset to ask themselves the simple question: Why are we doing this?
Answering this question forced many to confront philosophically the question of what is the social and economic purpose of their family wealth. In many cases, the interviewees had drawn the conclusion that once you have enough to live comfortably and securely, wealth’s true value lies in the benefit it can bring to wider society.
Or, in the words of one interviewee, “Success is about the joy of being able to contribute to society and finding a theme to support that is worthwhile.”
These insights reflect the growing willingness of successful families to share their experiences and apply the learnings from others to their own unique circumstances. It is therefore little surprise that we found similar sentiments illustrated in the quantitative findings in the research. When we asked 1,119 wealthy individuals how they define success, we find that those with wealth >US$10 million are more likely to prioritise activities that involve taking responsibility for others.
They also place more emphasis on activities associated with economic innovation and success, such as hunting out new opportunities and doing things differently.
These results have distinct implications for those providing advice and support to wealthy impact on issues relating to philanthropy and social impact.
Most significantly, they underscore that the wealthier an individual is the more likely they are to set their wealth in the context of their wider society.
Indeed, those who have taken a strategic view of their wealth, or have been prompted to by their advisers, will very likely have drawn the conclusion that their wealth matters because of what they can do with it.
Once this philosophical view has been reached, the distinction between whether money is invested in a for-profit business that creates jobs and prosperity or gifted to support good causes becomes less material in the social value equation.
In transitioning out of an operating business, interviewees observed that philanthropy can be a vital mechanism for allowing family members to remain meaningfully engaged in society, rather than simply clipping a coupon.
Meanwhile, a number of financial families, who are in a position of established financial strength, are planning a second transition back into a new kind of business ownership.
These individuals are thinking much more deeply about the wider economic and social purpose of their new ventures. Wealthy families are getting back into business not just to create wealth for themselves, but to create jobs and economic security for a wider community.
As one interviewee observed: “As a wealth creator, you are the one who knows how to create jobs. Not governments. What better impact can you have than to give someone a job?”
These individuals argue that active participation in society through business and philanthropy is more beneficial for the family and society than a passive approach through traditional investing or giving. They argue the benefits of collaboration with other like-minded families and, above all, of leading by example within family and community.
These findings were echoed in the quantitative analysis, which not only highlighted the energy and drive that motivate the wealthy, but also their concerns around children and transition, and a willingness to seek expert support to manage the complexities.
Indeed, the level of awareness around the issues of wealth succession highlighted in this research suggests that the rich may be redefining the old adage that families go from shirt sleeves to shirt sleeves in three generations. By having clarity of purpose, wealthy families are seeking to harness their full economic potential for the benefit of their immediate and extended family and for the benefit of wider society too.
So, if we want to answer the question: what makes the rich different? In the 21st century, perhaps it is that wealth does not confer a sense of privilege; it confers a sense of purpose.
This article first appears in Issue 7 of Philanthropy Impact Magazine. Click here to download the article in printer-friendly PDF