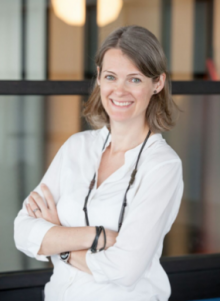 Following the recent Asian Venture Philanthropy Network (AVPN) conference in Bangkok – the largest gathering of social investors in Asia – AVPN has launched its latest research Social Investment Landscape in Asia. The report serves as a guide for social investors to maximise their impact whether they are philanthropists, impact investors or corporations engaged in corporate social responsibility (CSR). It is a holistic study of current Asian philanthropy and social investment across 14 markets in North, South and Southeast Asia.

As efforts to alleviate the most pressing societal issues gather pace across the world, social investment presents a pathway towards sustaining such efforts by leveraging on the increase in private wealth for social good.

To identify where the needs are and where social investments can maximise impact, the report outlines development gaps mapped to the UN Sustainable Development Goals (SDGs). The progress made by individual countries towards SDG goals and targets serves as the starting point for a snapshot of each country. As progress made towards the 17 goals varies, the SDG dashboard indicates areas where social investors can create the most significant impact, both geographically and cause-wise (see Figure 1). Environmental issues remain uniformly problematic across countries. Emerging economies such as India, Cambodia, Myanmar, Indonesia, Philippines and Vietnam have to address challenges in water and sanitation, health care and education. Developed economies meanwhile need to address growing inequalities, declining workforce, labour productivity and in some cases, gender inequality.

NGOs and social enterprises across

Asia Social investors invest in solution providers where they exist. The social economies in Asia differ in their levels of maturity, from nascent to mature as shown by the case studies we have curated. These vary from social economies boasting social impact bonds (SIBs) such as Korea and Japan, countries of huge diversity and 1 billion+ inhabitants such as China and India, through to helping South East Asian leaders from Thailand, Vietnam and Cambodia.

South Korea is one of the most advanced social economies in Asia. In 2014, the Korean Social Investment Fund (KSIF), the Department of Women and Family Policy, and the Seoul government, partnered to launch a SIB with its proceeds going to child welfare services over three years to a total of US$9.4 million (KRW 10 billion). In Japan, the Nippon Foundation has been providing grants to pilot SIBs since 2015. These address multiple issues such as:

Korea Social Investment Fund: Supporting social enterprises The Korea Social Fund is a USD 50 million fund with a USD 3 million contribution from the private sector. It was set up by the Seoul Metropolitan Government in 2012. The Fund provides low-interest and no-interent loans to SEs, invests in social projects and Social Impact Bonds (SIBs), and fosters partnerships between SEs and intermediaries.

India faces many societal challenges. There is an active impact investing landscape in India; as of 2016, US$1.6 billion of capital was invested in 220 impact enterprises of various growth stages, with high investment concentration in Western and Southern India. It has also been concluded that health care, agribusiness, clean energy and financial inclusion are the leading sectors. Philanthropic foundations are adopting venture philanthropy approaches to meet the SDGs. This includes Tata Trusts with a variety of specialisations, such as education, health care and nutrition, rural livelihoods, and natural resources management. Edelgive Foundation, on the other hand, primarily invests in women empowerment, livelihood and education, while Bharti Foundation’s primary emphasis is on the education sector.

In mainland China, issues around ageing, agriculture and climate appear to be most pressing. The government has initiated numerous activities in these areas as well as starting legislation for easier fundraising and providing tax concessions for charities through the Charity Law. There is no legal registration for social enterprises and they can register as commercial entities. New wealth has led to an increase in philanthropy with over 60 per cent of under-30 high net worth individuals (HNWIs) and over 70 per cent of people above the age of 45 giving back to local causes. Education was a key focus area for giving, while energy ranked last despite the need to boost climate action. 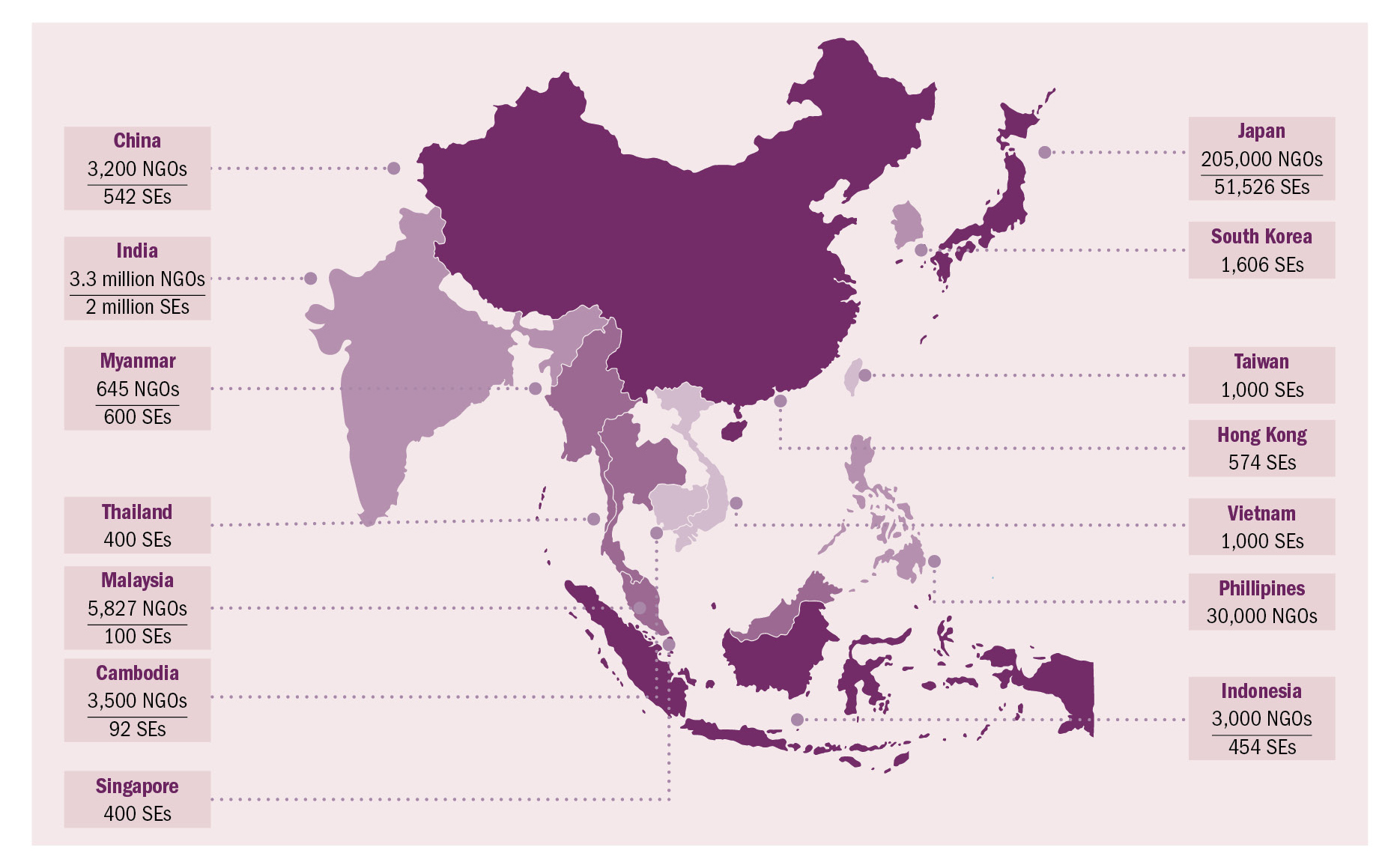 These adjacent social economies have vastly different contexts, issues and ways of tackling the societal issues they face. Thailand has experienced rapid growth from a low-income country to an upper-middle income country in the last 30 years. Formal registration of social enterprises to be enshrined by law is being contemplated and the Thai Stock Exchange plays a role in advocating for CSR. Education and energy access are pressing issues. Yet, Thai philanthropy is marked by a focus on giving to family and religious foundations in an ad hoc way. Impact investing remains to be developed due to a lack of investable pipeline.

The Socialist Republic of Vietnam has been transitioning to a market economy since 1986 powered by an increasing focus on manufacturing and services. Health care and sanitation, labour productivity and environmental preservation are key issues. The Vietnamese government is following through on these aims. The social entrepreneurship ecosystem is young but flourishing with the government legally recognising social enterprises and around 1,000 being registered nationwide. Corresponding social investment is marked by home-grown impact funds such as Lotus Impact Fund and Evergreen Labs, but institutional giving and the CSR landscape remain nascent.

Cambodia by comparison emerged from decades of turmoil in 1993 and is now a parliamentary constitutional monarchy of lower middle-income status. Health care, water and sanitation and education are among the basic needs in Cambodia. While the government has set its aim on fostering growth towards an upper middleincome economy by 2030, international foundations such as ADM Capital Foundation and the Cambodia International Education Support Foundation are working on changing the mindset of NGOs to foster transparency, governance and effectiveness. Impact investors such as Insitor SCA, Uberis Capital and ARUN LLC play a role in building the pipeline through capacity building and fostering a focus on impact.

While different countries are grappling with their own set of societal issues, the SDGs provide a comprehensive and far-reaching set of universal goals and targets. Regardless of social economies’ varying stages of development, the SGDs collectively shape a sustainable, equitable and resilient future for all nations. This encompasses three interrelated dimensions – economic, social and environmental. AVPN’s Social Investment Landscape in Asia provides a useful resource to help social investors to deploy towards high-gap SDGs and to maximise impact where it is most needed. For more details, check out the full two-book report here.

This article first appeared in Philanthropy Impact Magazine issue 17. Download this article as a PDF.