Closing Down a Trust and Bequeathing Assets - No Gain Without Pain? 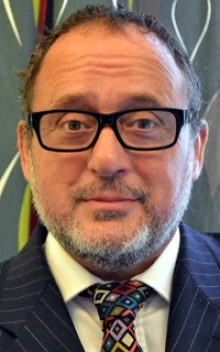 It started with a hand written letter received through the post in November 2013.

The Chair of the Alexander Maxwell Law Scholarship Trust (henceforth referred to as “The Trust”) wrote to us stating that they were closing down. Applications to their grants scheme to promote legal writing and legal research had dried up over the last few years and they had decided to bequeath their assets and reserves to us – the Citizenship Foundation. In the twenty years I have been involved in fundraising and business development I have never had £207,000 fall out of the sky. Cue sound of champagne corks popping. This kind of investment would help us increase the scope and scale of our work to improve young people’s understanding of how the law and the justice system work and how they touch every aspect of our lives.

Why had we been chosen for this generous endowment? An Alexander Maxwell trustee had taken part in our Lawyers in Schools programme which for the last 15 years has brought legal professionals into secondary schools to run interactive sessions with small groups of students to bring the law to life - covering topics from human rights to social media - consumer rights to police powers. He had loved taking part in the sessions and saw the impact it made on the lives of the young people. The Trust had also done their due diligence. We were stable and we had a plan. I suppose they guessed that their money would be safe in our hands.

A few days later a cloud appeared on the horizon. The chair of “the Trust” had now decided that they wanted to invest their money in a scheme to support young people from disadvantaged backgrounds to take their Bar exam and find a pupillage. So I turned the money down. Their objective, admirable as it was, was not part of our mission. So, I passed on the contact details of a charity that works in the area of social mobility in the legal profession. Cue sound of muffled sobs from me - the Director of Business Development of the Citizenship Foundation.

Possibly because they were impressed by our refusal to take the money and duplicate the work of another charity (which we could have easily done using our schools networks and relationship with the Bar Council) or possibly because they simply had second thoughts, “the Trust” changed their minds. Two meetings and two proposals later, I laid out three areas of work spread over three years that would be funded by their bequest which would be held on trust by us as a permanent endowment.

The Alexander Maxwell Mock Trials Archive. An online archive to support schools and Pupil Referral Units to stage elements of one of our Bar and Magistrates’ Court Mock Trials in their own schools based on the cases and resources we have developed over 25 years.

The Alexander Maxwell Bursary. A fund dedicated to increasing the reach of the Bar Mock Trials programme and spreading its benefits to young people in disadvantaged and isolated rural areas of the UK. The bursary would go to the school and pay for travel costs for the team to take part in the heats which take place on Saturdays in real courts in front of real judges.

Local Lawyers – Local Schools. A programme of work building on the successful Lawyers in Schools programme which would be designed to encourage smaller regional law firms who do not have the resources of the big city firms to schools in their locality to deliver quality assured public legal education programmes designed and written by the Citizenship Foundation.

In February 2014 the Trust’s solicitors and chair contacted me and agreed to set in motion the legal process which would close down them down and bequeath their assets to the Citizenship Foundation. The whole process was described as straightforward by the Charity Commission because the Trust had income of less than £5m and assets of less than £100 million. From start to finish the paperwork should be completed in 6-8 weeks. So, I put in place a detailed project plan to commence the new work in May 2014. As a precaution we decided to make no financial commitments until the money was actually in the bank. Just as well, because the process took 14 months not 6 weeks.

So, why the huge delay for what was billed as a “straightforward” process? And how can other transferor trusts and beneficiary charities learn from our experience and avoid delay and heartache?

Problem. Under the Charities Act 2011 the resolution needed to close down a trust must be a signed by two thirds of the voting trustees (which depends on the quorum set in your articles of association) and it must be in hard copy. E-mail signatures and scanning are not accepted. In the case of our transferor trust the voting managing trustees numbered just two people. Simples, as they say. Except the other managing trustee did know that he was still a trustee. He thought that as an ex- oficio trustee who had retired from the position at the leading publisher to which his trustee role was attached that he had been discharged. He hadn’t. He had also moved to Philadelphia leaving no forwarding address.

Solution. If you are considering winding up your trust and bequeathing assets make sure that all your trustees are fully engaged in the process. If they do not live in the same country make sure that they have left full contact details. Also, ensure that you have no dormant trustees who have not been officially discharged or resigned, as they can slow down the process.

We eventually tracked down the absent trustee and following a Skype call, emails and after problems with couriers losing documents we received the signed resolution. He thought that the transfer of assets to us was an excellent idea. So, we were all ready to go. Except we weren’t.

Problem. Solicitors often disagree with the Charity Commission on points of law but decide to concede on a point of convenience. This was one of them. The Commission asked for a vesting declaration. The solicitors were certain that because the Trust had less than £10m in assets that a vesting declaration was unnecessary. . The Commission were adamant which meant we were back to DHL with more documents for signature by our US based trustee. At least now we knew where he lived.

Solution. You may need to complete a vesting declaration, so allow time for that. The beneficiary charity should assume it will take time and should not make any financial commitments based on an optimistic time scale. That is asking for cash flow trouble. Had we not been prudent and spent nothing until the monies were received we could have been in trouble.

So finally we were all set. Hurrah! Except we weren’t.

Problem. Under the Charities Act 2011 an un-incorporated charity in close down wishing to hand over its assets to another charity should own no land ( they didn’t) and have an income in the final year of £10,000 or less. Helpfully, the Trust’s accountants had counted the huge free contribution the solicitors and other pro bono supporters had made to the process as income. They had estimated the contribution at £10,150 and submitted the accounts with that figure included. The Charity Commission turned down the application and said the Trust would have to re-submit accounts the following financial year before the transfer of assets could take place.

At this point I began to lightly bang my head against my computer screen.

Solution. If you are going down this route ensure that in the financial year in which you intent to close down that your income is truly less than £10,000.

Thankfully after a series of calls and e-mails the Charity Commission decided that in our case they would accept revised end of year accounts which not based on the income guestimate for pro bono. This meant that the Trust would not have to go through the entire process next year. So, finally, we were all set.

In July 2015 the Citizenship Foundation received an endowment of £217,000 to be held on trust for use in the furtherance of public legal education for young people and treated as restricted funds. This was £8,000 more than expected due to a rise in the value of the Trust’s share portfolio. It did occur to me that a market crash would have had the opposite effect. So we celebrated not with champagne but with a box of doughnuts.

So the moral of our story is:

For the transferor trust or foundation. Plan ahead and make sure that your governance is in order and that you know where everyone is who has a bearing on the decision to close down and decide to which other charity or charities you wish to bequeath your assets.

For the beneficiary charity.  Do not spend or commit a penny until the money is in the bank. That is not being “risk averse” it is just being prudent.