The Future of Financial Inclusion 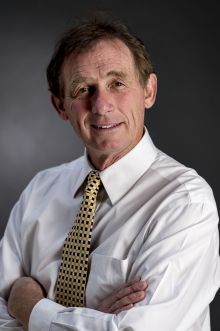 Expert opinion
By:
Rupert Scofield
President and CEO of FINCA International
IT WAS IN 1987 that, following an altercation with my driver—whom I suspected wanted to take the car to his home to siphon out the excess petrol and sell it—I found myself running from an angry mob through the streets of Mogadishu in war-torn Somalia. I had been there to disburse micro-loans to the Shebelle river rice farmers, mostly poor women, and even as I showed my heels to the baying mass behind me, I thought to myself that it had been a worthwhile enterprise.
When my friend and colleague, John Hatch, and I pioneered the global microfinance movement in the ‘70s, we witnessed countless people in the developing world climbing the economic ladder to a better standard of living. Some in academia question the real impact of microfinance on poverty by relying on random control trials, a research methodology developed to ascertain the effectiveness of pharmaceuticals. But today, the outreach of microfinance has grown to over 200 million families worldwide, and with each new generation it encompasses more people. Until the formal sector creates more jobs, people will continue to find ways to create their own. And to do this, they need money.
As recently as 2013, 767 million people around the world still survived on less than $1.90 a day, a huge reduction from 1.8 billion people in 1990. Earlier this year, the Global Findex pointed out that 1.7 billion adults globally remain unbanked, down from 2.5 billion in 2011. Frustratingly, women and the poor are those most likely to be excluded from access to financial services. The World Bank, appreciating the gravity of the problem, set the goal of achieving universal financial inclusion, noting it was a “gateway” to ending poverty and increasing shared prosperity.
Financial inclusion was improved vastly during the microfinance revolution, yet it has evolved beyond fielding thousands of credit officers who journey to the most remote villages to serve their clients, to an increasingly digital solution. Today, financial technologies promise to reduce costs, expand reach and transform finance in underserved markets around the world.
In parallel to the “Fintech Revolution”, there is a concerted effort to create a second revolution in the essential non-financial sectors of healthcare, off-grid energy, education, agriculture, and water and sanitation, among others. This revolution is being driven by the advent of social enterprises bringing to market new products and services that are both very effective and affordable to even the poorest. There is one proviso, and here is where the two revolutions intersect: even the cheapest products may be beyond the grasp of the very poor, without an equally agile and affordable form of credit. By linking access to microfinance with access to basic service innovations, however, we can increase both the quality of life and productivity of the world’s poor, and in the process extend financial inclusion for unbanked and under-banked families.
Impact investing—making investments into companies to generate a positive social impact alongside a financial return—is one effective solution that sits at the crossroads of finance and basic service products. Of course, those of us involved in the microfinance revolution would argue this concept is not entirely new. Impact investing offers a sustainable approach to poverty alleviation that goes beyond general financial inclusion. There are, however, two inherent challenges. First, ensuring the profit motive does not displace the drive for measurable social returns. This is illustrated by findings from McKinsey & Company, who found that family offices and large asset managers in the UK are “especially excited about investing in businesses that put profits first and see social impact as a coproduct of their work”. This sentient is backed up from data in the US, as a 2015 J. P. Morgan impact investor survey concluded that most private investors (55 percent) seek to earn “competitive, market-rate returns.” Second, and related to the first, is channeling capital to those companies truly serving people living at the bottom of the pyramid (BOP). Such companies often fall into the “pioneer gap,” struggling to attract investors to provide financial support between the very early and later stages of social enterprise growth.
We must remember that financial inclusion is not an end in itself. At the same time, forging stronger ties between microfinance institutions, impact investors and social enterprises offers a compelling model for the future of international development and a market-based answer to the alleviation and perhaps even elimination of poverty. We have tools now that never existed before. Let’s make use of them.