Maintaining trust through the professionalisation of philanthropy 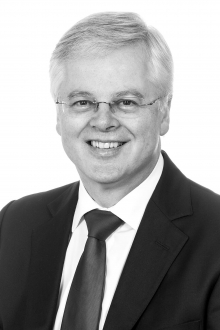 As the trend grows for high net worth individuals (HNWIs) to incorporate philanthropy into their wealth management strategies, jurisdictions are having to adapt their regulatory frameworks to ensure that they offer the right environment.

The growth in giving can be seen globally: the 2015 Coutts Million Dollar Donors Report, which logs donations of USD$1 million or more, tracked 1,831 donations across eight regions in 2014 totaling an USD$24.5 billion. In response, finance centres are adapting their regulatory frameworks to better reflect the philanthropic needs of today’s wealthy families and individuals.

Jersey, for example, is introducing regulations which will affect all organisations with a charitable element which are seeking to operate from within the jurisdiction. Although widely regarded as having one of the best regulatory structures for private wealth management, Jersey was still defining charitable using a legal test which dated back to the English statute of Elizabeth I of 1601.

The changes which are being introduced through the Charities (Jersey) Law 2014 meet the modern-day philanthropic requirements of the wealthy individual or family far more effectively, by providing them with a simpler and better-regulated environment. Philanthropy has long been an important element in Jersey, and the Charities Law is bringing significant changes.

Jersey’s first Charity Commissioner, who is currently being recruited, will be given independent responsibility for determining which organisations are charities, and ensuring that those that are meet their legal requirements. One of the Commissioner’s first jobs will be to establish a publicly-accessible charity register, anticipated to go live during the first half of 2018. Charities will not be under any obligation to register, but only organisations that are registered will be entitled to define themselves as a charity and to claim tax relief in Jersey.

In order to register, an organisation will have to provide information including its charitable purpose and a public benefit statement; this information will then be open for inspection by the public. Privately-funded charities and trusts wishing to retain privacy will be able to register within a restricted section which will not be accessible by the public. This will enable philanthropic organisations to reap the regulatory and taxation benefits, and have the validation of a registration number, while retaining their privacy.

While the trend is towards an increasing professionalisation of globally-focused philanthropy, there is still some way to go in establishing professional advice as a core part of philanthropic activity. As Philanthropy Impact’s own research recently revealed, only one in five of the UK’s advisory firms offer philanthropy advice even though clients are increasingly interested in receiving it.

For many years Jersey’s wealth management industry has provided high-quality professional advice to families and individuals, and the Island will continue to work to retain its reputation as an international finance centre of excellence by meeting global regulatory standards and adapting to the developing needs of the industry.

These themes will be discussed further at Jersey Finance’s Annual Private Wealth Conference, which is being held on Tuesday 16 May in London. The Charities Law will be one of a range of topics discussed surrounding how the private wealth industry is having to evolve in a rapidly changing global economic and political environment. Philanthropy Impact is a media partner for the event.