A Matter of Duty 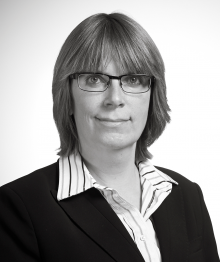 Julie Mutton explains how trustees are expected to exercise good governance over their respective charities. The findings of the Charity Commission’s regulatory inquiries highlight common pitfalls that Trustees should take care to avoid.

The Charity Commission’s regulatory work provides a timely reminder of the duties and responsibilities for all trustees and with it, the importance of sound governance to the successful running of a charity. Inquiry reports issued so far this year highlight charities falling under the ‘double defaulters’ class inquiry as well as other serious failures of governance.

Typically, the start of a statutory inquiry is noted on the relevant charity’s entry on the Charity Commission website. Once the inquiry has been concluded, the webpage will include a link through to the report on the findings.

Reports published this year under the double defaulters class enquiry emphasise that the failure to submit accounts to the Commission is a criminal offence and is regarded as mismanagement and misconduct in the administration of the charity. Further, individuals who may not have been trustees at the initial date of default are nevertheless responsible for making good the default once they are appointed as trustee. Where one trustee is tasked with submitting documents, all trustees remain collectively responsible for ensuring that the charity fulfils its legal obligations.

Incredibly, and rather disappointingly, the Commission has recently announced further inquiries into a number of charities which were included in the ‘double defaulters’ inquiries. Although the trustees of the charities bought the filings up to date, they were subsequently late again with the following years’ filings.

In other inquiry reports, the Commission identified a number of instances where conflicts of interest had arisen and had not been appropriately managed. The Commission’s findings should be taken on board by trustees across the sector who must actively manage any conflicts of interest. Any conflicts should be disclosed to the trustee board and then dealt with transparently. Trustees should have a policy on how conflicts are to be dealt with should they arise, especially where there is a small number of trustees or where trustees are closely related.

Flow of funds and how they’re documented

Other inquiry reports published this year follow concerns over the accumulation of funds coupled with an exceptionally low level of charitable expenditure and concerns over financial management and the application of charity’s funds (including the control of restricted funds specifically). Regarding reserves it is emphasised that there is a general legal duty to spend income within a reasonable time of receipt and that the holding of reserves without justification may be viewed as a breach of trust. The adoption of a comprehensive reserves policy can help trustees in this area. Again, it is important to document decisions made by the trustees.

Another area to watch out for is to ensure that trustees’ investment approach and key decisions are recorded in writing to demonstrate that relevant issues have been considered and that advice has been taken where appropriate. There has to be an element of judgement in making these decisions, but it is important to be able to show that proper processes have been followed.

Finally it’s important to have sound internal financial controls which help trustees safeguard assets and administer the charity’s finances appropriately. This should include keeping adequate records and preparing timely and relevant financial information – in respect of both UK and international activities. In particular, payments to trustees should only be made in respect of the legitimate expenses (and/or salary in the rare instance that a trustee is also an employee and is remunerated as such). Trustees are under a duty to account for and repay any unauthorised payments received.

The main point to take away from the results of these recent inquiries is that good governance remains hugely important for charities and that it is essential that this good governance can be demonstrated, for example by the adoption of appropriate policies and the proper documentation of trustees’ decision-making processes.

Julie Mutton is a partner in assurance and business services at Smith & Williamson, the accountancy and investment groupspecialising in audit and investigation work. julie.mutton@smith.williamson.co.uk

Major new grant-making foundation launched at the House of Lords

5 Mar 2013
A major new grant-making foundation was launched at the House of Lords on 14 February 2013. The Peter Sowerby Charitable Foundation, which registered...
View full news story