Ripping Up the Rulebook of Charitable Foundations 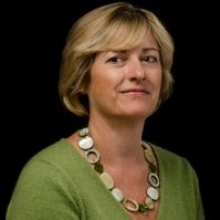 Expert opinion
By:
Lisa Gagliani
CEO, Childhood Trust
In the last few years the money available from charitable foundations has been more difficult to access. Charities are relying more on foundations who, as a result of the increased applications, have devised ever more complex eligibility criteria. Fundraisers working for charities are now spending more time preparing bespoke applications but for less return. At a time when there are more philanthropists setting up foundations, smaller grassroots charities are standing less of a chance of being successful unless they can get noticed by a foundation trustee.
So how can we flip this situation on its head and improve things for smaller charities? There is currently a ‘rulebook’ that dictates how foundations and charities operate and it’s simply not fit for purpose, in my view. It has become clear that foundations need to start looking at ways to break these rules in order to drive growth and provide support for local causes.
It all starts with the benefactor. Philanthropists generally say they want their money to make a difference in their chosen priority area, which could be health, heritage, third world or young people closer to home, and understandably they also want to see impact and good value. On top of this they need to be assured that the charity they like is also sustainable (undeniably most would be with more funding) and well run, doing what it says it does well, and with no skeletons hidden in the cupboard. Philanthropists like to see or hear how the money has helped. Some like to be publicly recognised, others don’t.
To manage all of this, the obligation is on the charity founder and fundraiser to step out of operational mode, doing what they do so brilliantly for their beneficiaries. All of a sudden they need to become some sort of strategic juggler and form filler, at all times keeping an eye on upcoming funding rounds. Bureaucracy is a killer, and requires being able to digest mountains of guidance notes before starting the monumental form filling exercise. I myself have done this, at the start you think of it like a job application form, but as time goes by you get worn down by it. It’s such a waste of time when everything else that needs to be done is guaranteed to make a difference
With technology making information sharing so much quicker and all the data available to foundations to assess voluntary organisations with missions match, it’s the perfect time to start making changes. I would like to see foundations doing more to search out and curate the projects that meet the objectives of the funders, rather than the other way round. This automatically leaves the charity free to carry on with what they actually do.
As a society, now it’s even more imperative that the charities delivering social good are given every chance to scale up and develop. In my view, foundations should be doing more to meet the needs of smaller charities. They need to be more proactive in seeking out great charities doing the kind of work they fund, they really should be investing time in getting to know them - visits and offers of non financial as well as financial support. They should also help to provide the sort of impact measurement that charities need and share the results so that charities know what areas they are really good at and what they could learn to do better.
These changes would build a much healthier relationship between foundations and charities, one based on respect and trust. Charities would be more inspired to use the money they receive to make a real impact and they would apply for the right amounts of money for the purpose at the time. Most importantly they would also be able to focus more on the future needs of the beneficiaries, rather than always keeping a watchful eye on the fundraising deadlines and guidelines.There would also be increased benefits for the Philanthropist. For starters they would have much more interesting things to talk about and would get much more pleasure from their involvements. After all, Philanthropists do need to enjoy their giving experience - otherwise why not simply buy another racehorse or yacht? Nothing is more rewarding than knowing just how much of a difference you’re making and this is not simply true for charities but also for stakeholders and philanthropists. If today’s philanthropists felt really confident sharing stories of impact, then surely more would follow?The Childhood Trust does seek out charities that we spot doing great work in areas or themes that we’ve elected to support. We do this rather more than waiting for those organisations to find us. We approach them and start with a meeting, having already downloaded their latest reports ourselves from the Charity Commision website. Because we much prefer to match fund rather than give straight grants for 100% of the project, we benefit from a degree of assurance that the donors and trustees closest to the charity will step forward to pledge the starting fund in many cases. Often charities try to raise more money than they need and it’s our job to advise what the best approach might be. We also believe it’s vital to help smaller charities grow their digital identity, which is why we take time to help our beneficiaries with training.
It’s time to take charitable foundations to the next level. We are at the perfect time to rip up the rulebook to ensure that local charities and brilliant causes get the money and support they so truly deserve.