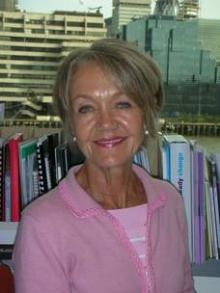 My approach to philanthropy has been shaped by people as much as books, and those people have not been philanthropists themselves but rather those sometimes maligned individuals who have the tricky, and often thankless, task of translating donors' good (and less good) ideas into contributions to sustainable social change. Having said that, two authors stand out for me: Waldemar Nielsen and Paul Ylvisaker - both rebels and creative thinkers with a passion for the potential of foundations.

Nielsen started off working in government, disseminating information about the Marshall Plan. Later he directed domestic and overseas programmes at the Ford Foundation. However, he is best known for his book The Big Foundations published in 1972. This was the first book to let a little light into the inside worlds of the big foundations, which he portrayed as secretive and timid, but potentially a force for public good. Among many other insights, Nielsen's remarks on annual reports are worth remembering. He noted that foundation annual reports require mastery of the art of writing tautologies and truisms, and a special view of the world in which all efforts always turn out for the best. The Big Foundations was followed in the mid 1980s by The Golden Donors. It was in this book that Nielsen wrote, "…in the great jungle of American democracy and capitalism there is no more strange or improbable creature than the private foundation. Private foundations are virtually a denial of a basic premise: aristocratic institutions living on the privileges and indulgence of an egalitarian society; aggregations of private wealth, which contrary to the proclaimed instincts of Economic Man, have been conveyed to public purposes. Like the giraffe, they could not possibly exist, but they do".

Despite being described by Pablo Eisenberg (in the Chronicle of Philanthropy 11/08/05) as a 'searing intellect and integrity', Nielsen was a loner, shunned for what many foundations saw as a breach of etiquette. But he is acknowledged by many today as having shaken the US foundation world into greater accountability and action.

My second choice, Paul Ylvisaker, wrote the chapter on foundations in the classic 1987 volume edited by W. W. Powell, The Nonprofit Sector: A research handbook. Ylvisaker also worked in government and then at the Ford Foundation during the 1950s. In his first 18 months there he resigned three times in impatience at the foundation's timidity and lack of imagination. As well as playing a major part in the creation of Head Start, VISTA and children's educational television, Ylvisaker was responsible for inventing the Gray Areas programme, which became the blueprint for Presidents Kennedy and Johnson's War on Poverty. Ylvisaker's insights in this programme are worth recalling today. One was the need for coalitions within and across sectors; another was the importance of language. The phrase 'gray areas' came from his search for neutral language to replace the terms 'civil liberties' and 'race relations' which were seen as overly radical in some quarters. In addition, he noted that a term not tied to old descriptions of problems was also not tied to old solutions - the new term in effect provided a creative space for fresh thinking. The Gray Areas programme was in many respects the first foundation programme to attempt to address an issue holistically and inter-sectorally. Later Ylvisaker was involved in producing the research papers for the Filer Commission in which he outlined a series of issues for philanthropy which could well stand as the modern agenda.

Two of Ylvisaker's favourite sayings are: "Follow both routes to understanding, the compassionate as well as the analytical. No one can comprehend the universe who does not understand and care for the sparrow"; and "Day by day we knit this life, this environment, and we're each carrying a thread that makes the tapestry. If it's going to be a good tapestry - the whole cloth that is your home, your street, your city, your state - you'd better take part in the weaving of it. Don't wait for a master weaver to design your life".

My final choice is any one of many Charles Dickens novels. His analysis of the institutional roots of social problems and the perils of doing good and ill - and both together - remain relevant. Mrs Jellyby in Bleak House; the analysis of power, wealth, 'civil society' and change in A Tale Of Two Cities; and of solutions to social problems - and their effects - in American Notes are just some of Dickens' very modern insights.