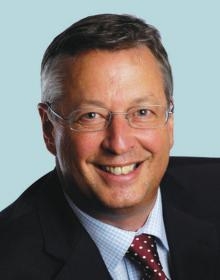 “If philanthropy is the effort to increase the well-being of humankind then the influences on me in my continuing journey to understand and deliver philanthropy have been varied and eclectic.

My route hasn’t been a straight line; I am sure my chosen books would have been different had I had to write this article at another time.  And in writing about the three books that sprang to mind on this occasion, I would have to admit that books have played a peripheral role in shaping who I am compared to the many great people I have worked with who have supported, inspired and challenged me to be better and more effective.

I was bought up in army camps around the world as my father was a professional soldier.  When I was in my early teens he gave me a copy of Joseph Heller’s Catch 22. It was a revelation.  I loved the way the book told of events from many different perspectives. I laughed out loud at the paradoxical style of writing and can still remember some lines after more than 40 years. “The Texan turned out to be good-natured, generous and likable. In three days no one could stand him.”

Most of all it altered the way I thought about other people. If my responsible, uniformed and (I thought) establishment father could enjoy this book then he and I had much more in common than I thought.

Seeking what I have in common with others, even when we appear to disagree, has been an important part of my life as a campaigner for change. It also gave me the first experience of one of the great pleasures in life: to be given a book.

I moved on to university and rather than study for a practical degree as my brothers did (law and surveying respectively), I chose the definitely non-vocational subject of politics. I was exposed to a very wide range of political thought and philosophy for the three years of my first degree.

I then undertook a Masters degree in political philosophy. Of all the hundreds of books and articles I read over four or more years, one short essay had a truly profound effect on me. John R Searle wrote How to Derive 'Ought' From 'Is', which was published in Philosophical Review. Before I read it I had never even considered there was a problem.  I took it for granted that there was nothing wrong with policy and political arguments run along the lines: ‘x is the fact therefore y ought to happen’. Searle’s essay raised the possibility that such arguments were illogical and one could never derive an ‘ought’ statement from an ‘is‘ statement. He then proceeded to attempt to demonstrate (in a most convoluted way) how he thought it was possible!

I cannot do justice to the argument here but the essay led me to read David Hume, whose original wisdom Searle was questioning, and to try to understand ‘Hume’s Fork’, then to consider ideas of uncertainty in science and much more. In the world of competing policy ideas and proposals for change, often funded by philanthropy, a clearer grounding in the ‘is/ought question’ has been invaluable.

To mark the 200th anniversary of Hume’s birth in 2011, the Carnegie Trust for the Universities of Scotland is sponsoring visiting professorships for Hume experts to celebrate one of our greatest thinkers. The David Hume Institute and the Carnegie UK Trust now work closely together.

My last choice of book is more recent. When I have resorted to books it has often been for explanations of dilemmas and conundrums that perplex me. In the early part of the decade, the problem I wanted to explore was the reducing public and policy confidence in the value of free-markets, competition and business and the resulting growing anti-globalisation movement  and anti-market trend in progressive thinking.

I would make The Truth about Markets by John Kay required reading for all of us who consider ourselves progressives. Written before the current collapse of banking it tackles head-on, and with great distain, what Kay calls the ‘mantras of market fundamentalism’. However, far from retreating into a helpless critique of capitalism, the book seeks to champion markets as instruments of free societies. Kay keeps a firm boot on the neck of state-planned economies as being inefficient and harmful. His book is a call for the active re-engagement of civil society in the regulation and management of markets and business. This line of reasoning is strongly reflected in the Carnegie Inquiry into the Future of Civil Society (2010). What Kay calls ‘disciplined pluralism’ is a way of managing the excesses of markets while benefiting from their efficiencies in production and distribution. This book is unusual for being so accessible and entertaining at the same time.

I will finish with another of my long remembered quotes from my first choice, Catch 22: “The case against Clevinger was open and shut. The only thing missing was something to charge him with.” This atmosphere of apparent logical irrationality pervades the whole book and has helped me come to terms with (but not always understand or appreciate) the pressures and vagaries of modern work and life.”