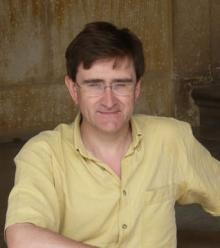 In each newsletter, Philanthropy UK invites an influential person from the philanthropy sector to tell us what books have most inspired and shaped their approach to philanthropy.

Our ‘influential reader’ in this edition is Tim Joss, director of the Rayne Foundation. He can be contacted at tjoss@raynefoundation.org.uk.

The Bosnian War is back in the news. Radovan Karadzic is in The Hague’s international courtroom and Ejup Ganic, former president of the Muslim-Croat Federation, is held at Heathrow. Seeing the old footage on television, I am appalled once again by neighbour’s inhumanity to neighbour. We may have been spared such extremes in the UK but we have had our own nightmares, including the 2001 riots in northern towns, the London bombings in July 2005 and the Glasgow airport bombing in June 2007. Who would have guessed at such violence? Fissures running between local communities and between faiths were barely visible to most Britons until those critical events blasted them open.

We are now told that Britain is a broken society. It isn’t. It is a society which is becoming more complex, more diverse and more unequal. People are perplexed. Many retreat into insularity and intolerance. Others – the world of philanthropy included – are turning to face the problem. The Rayne Foundation has adopted social bridge-building as its overall theme. The Baring Foundation, working with the Institute of Community Cohesion, has created the Awards for Bridging Cultures. The Carnegie UK Trust’s Inquiry into the Future of Civil Society has identified ‘social cohesion under pressure’ as one of five 'burning' issues. And the Joseph Rowntree Foundation’s recently published exploration of contemporary social evils puts distrust high up the list. These are all signs of an important change. Philanthropy can point to a proud record of tackling marginalisation. It is now recognising it must do more to heal divisions.

This work would be made much easier if there were a greater, richer literature about cohesion. Cue my first book choice: Maria Rosa Menocal’s The Ornament of the World. Her simple story-telling and delicious prose reveal a very different world but with the same challenges. My favourite passages tell of Cordoba as a haven of diversity in the 10th century. Muslims, Jews and Christians lived together in a city which was then capital of Andalucia, and in those times Andalucia covered most of today’s Spain and Portugal. Booming international commerce, scientific advances, shared languages, the high status of learning, consensus on many aspects of daily life, and some universal rights, all helped to harmonise the city. To give one example, no library in 10th century Christian Europe had more than 400 manuscripts. The library of Abd al-Rahman III, the caliph, had 400,000 by one count, and this was just one, albeit the most impressive, of 70 libraries in Cordoba. Knowledge was prized and carefully transmitted from generation to generation. Different branches of learning coexisted – faith and science sat happily beside each other. Different cultures mingled together. Cordoba bred a suppleness of mind and spirit. Look at the Mezquita, the great cathedral mosque. It melds architectural influences as diverse as the Great Mosque of Damascus, Christian churches, ancient Roman aqueducts (which inspired those red and white arches) and the local landscape of Andalucia.

Just as philanthropy is engaging more with the healing of divisions, so is the wider third sector. Leap Confronting Conflict being voted 2009 charity of the year celebrated this. Look too at Professor Margaret Harris’ research which found 160 bridge building activities, and that was just in Oldham, Tower Hamlets and a district of Birmingham. But, in this fast-changing, super-diverse society, we cannot always rely on existing charities. Sometimes we need new organisations focused on today’s divisions and opportunities. So my second choice is Michael Young: Social Entrepreneur by Asa Briggs, which tells the story of a man who not only drafted the 1945 Labour Party manifesto but also created over 40 organisations including the Consumers' Association, The Open University, the Economics and Social Science Research Council and the School for Social Entrepreneurs. A vital lesson from Briggs’ book is that it is not enough to use a foundation’s independence and financial resources just to bring people together to focus on social problems. It needs thorough analysis to make sense of the problem and it needs creativity to find a way through.

Here is a current example. Not surprisingly, the Rayne Foundation’s bridge building theme has drawn us to interfaith matters. It led to a Cumberland Lodge conference in October 2009 on religion in the news and that led to the idea for a new organisation: a faith media centre to bridge the gulf of trust and understanding between religion and the news. It draws inspiration from the Science Media Centre (SMC). When science hits the headlines, we have clashing scientific views, complex information, tough ethical issues and journalists with limited understanding and tight deadlines. The independent SMC is there to connect these different worlds.

And so finally to my third choice, the energetic, earthy poetry of Pablo Neruda in The Captain’s Verses: Neruda the intimate and sensitive, and Neruda the social activist, Chilean senator and international diplomat.

"... I too should like
to let my blood sleep
encircling your sweetness.

"But rise up,
you must, rise up,
rise up now with me
and let us go out together
to fight hand to hand
against the cobwebs of the wicked,
against the system that doles out hunger,
against the organisation of misery ."

Neruda can help philanthropists because he knew the points where personal interest and social change meet, and how to marry trust in friends and those you care about with the cool assessment of how best to contribute and achieve the biggest impact. Read The Captain’s Verses at a sitting – it is easy and a delight – and you will re-emerge far from the Bosnian War and the hatred of neighbours. You will have a new sense of how the love of another fits with the love of humanity.