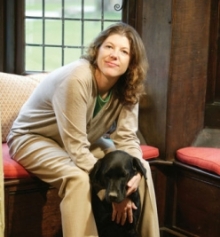 A philanthropist, publisher and anthropologist Sigrid Rausing founded her charitable trust in 1995.

Philanthropist, publisher and anthropologist Sigrid Rausing possesses that rare quality of someone who truly puts her ideals into action.

From an early age she was actively working for social change: in 1993 she spent a year living on a remote collective farm in Estonia doing fieldwork for a PhD in Social Anthropology and was an early member of the Network for Social Change.

Rausing, the daughter of Tetra Pak billionaire Hans Rausing, founded her charitable trust in 1995 (re-named the Sigrid Rausing Trust in 2003). It has five main areas of interest; (Human Rights) Civil and Political Rights, Women's Rights and Advocacy, Minority Rights, Environmental Justice, and Social and Economic Rights, these being causes in which she profoundly believes and which often find it hard to raise funds.

"I first became involved in activism rather than philanthropy, a young peoples’ Amnesty group when I was 13, and feminism and peace protests at university,” she tells Philanthropy UK.

"I felt quite rooted in the progressive movements, the civil liberties movement, feminism, the anti-torture campaign, and the movement to record and witness the Holocaust and other genocides. In my mid-20s I met a group of American inheritors who had come together to fund progressive projects and organisations, and learn about how to assess projects as well as talk about the meaning of inheritance. I joined a UK group too, and talked about similar issues. That is how I became a philanthropist.”

Key to Rausing’s impact as a philanthropist is her approach to grant-making: "Most of the work we do is human rights orientated. We support quite a few organisations working on violence against women, oppressed minorities, including sexual minorities, and we now have a separate portfolio concerned with protecting human rights defenders internationally. The work we support within environmental justice is mainly about helping poor communities fight against environmental degradation caused by industrial pollution. We also support a number of organisations which focus on corruption, or which act as watchdogs to large financial institutions such as the World Bank.”

"I first became involved in activism rather than philanthropy, a young peoples’ Amnesty group when I was 13, and feminism and peace protests at university,”

Her criteria for selecting projects are also well-considered and successful: so far the Trust has given away more than £85m in grants. "In many ways we are like an eclectic publishing company – we try to pick the best projects we find within our funding categories.  The budget has to make sense, the application has to be good, and the project has to be both creative and realistic.  But we stay with our projects for an unspecified length of time, and often give core grants, both of which are crucial to successful grant-making.”

As there are always challenges to giving effectively, this can help shape the approach taken, as Rausing explains: "In my view people in the human rights movement rarely think advocacy through to the end, which ultimately, always, is about what kind of a government you envisage. If you include the right to work in your mission, for instance, you are, perhaps without realising, advocating for an extremely strong – perhaps excessively strong – State. The main challenge, I think, is to find projects and organisations with clarity of purpose (mission creep is endemic), are well led, and with good creative ideas. Leadership, to us, is about creativity as well as management.”

As Rausing’s own work and interests have continued to evolve – she founded Portobello Books, a publishing company and in 2005 also bought Granta magazine and publishing house – she advocates embracing change in philanthropy.  She encourages new givers to “recognise that it’s all a work in progress – that what you fund now may be different from what you do in five years time, and that evolution and change is an intrinsic part of any work which involves pushing for a change in the status quo. Visit projects and people on the ground, or in their offices. Think about the congruence between what you fund and who you are in life”.

This marriage of ideals and philanthropic purpose has been Rausing’s enduring motivation, and it has been immensely rewarding: "I enjoy travelling to projects that we fund, (and) meeting the people on the ground. I don’t get enough time to do that now, but I will start again when my son is older. It’s extraordinarily inspiring.”