Article originally Published by The Beacon Collaborative on their website here

Cath Dovey, Co-Founder of Beacon gives and overview of the latest data from The Beacon Collaboratives quarterly research.

Over the last two years, we have been tracking giving by high-net-worth individuals on a quarterly basis. We capture two averages, the median and the mean, to understand what is happening among the most generous givers and among the wider wealthy population.

The latest quarter to June 2022 has seen the biggest increase in both the mean and the median since we began the research two years ago.

The median is a good indicator of what is happening across the whole of the wealthy population as it shows the point at which half the population is giving more and half is giving less. It is highly sensitive to external factors, such as appeals and crises which prompt more individuals to give at higher levels.

From March-June this year, the Ukraine crisis and significant religious festivals are likely to have spurred more wealthy donors to give.

The mean also shot up in June to £19,410, compared to £4,286 last quarter and £5,026 this time last year. The mean is highly sensitive to big gifts. The mean goes up significantly as a result of a larger donations. This sudden jump in the mean therefore shows there were a large number of very big gifts made during the quarter.

This lift in the mean during the second quarter is consistent with 2020 and 2021, where the June-March findings show an upswing in the mean among the wealthiest segment. It is most likely linked to the financial year end, planned gifts of a larger size made following payouts, bonuses and routine financial planning.

Our results, which focus on the high-net-worth segment, are in contrast to the findings of the CAF Giving Report 2022 launched last month. CAF’s research found overall giving by the UK population shrank to £10.7 billion in 2021, compared to £11.3 billion in 2020 at the height of the Covid pandemic. Giving in each month of 2021 was lower than the previous year. The average (mean) monthly donation was £52 versus £54 in the previous year, reflecting a decline in the number of people giving according to CAF.

The differences are the result of important methodological differences. CAF’s research tracks approximately 1,000 members of the general public each month to follow their giving behaviour through the year. CAF does not split out findings for individuals with higher levels of financial assets because high-net-worth individuals typically do not appear in population samples that are structured to capture the views of the general public. There just aren’t enough of them to show up in the data in any viable manner.

Beacon’s research, by contrast, focuses exclusively on millionaires. We also track a representative sample regularly to build a longitudinal view. However, our findings are specific to this segment and therefore don’t align with CAF’s results, except as part of a continuum.

The results are a reminder that giving by the wealthy population often bucks the trends seen in the wider population. Levels of charitable giving are linked to the levels of personal financial security felt by individuals.

In a period of uncertainty, wealthy people have greater resources and confidence in their ability to maintain and extend their giving. The increase in both the number and size of gifts by this segment in the second quarter is therefore likely to reflect their desire to continue supporting the charities they care about, especially through periods of economic and political turbulence. 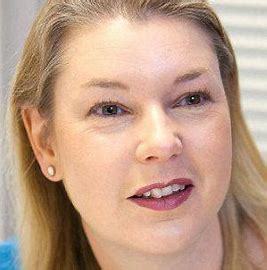