PART THREE OF A THREE-PART SERIES 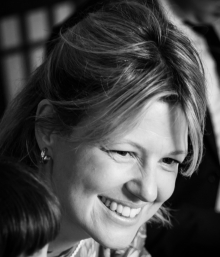 A number of years ago the Bulldog Trust was introduced to Ginny Williams-Ellis, an inspirational woman who had established an adult literacy charity. ReadEasy UK has turned out to be one of our most successful grant recipients to date but our experiences working with Ginny and other charities and projects at an early stage have taught us to be cautious about insisting upon impact measurement. Requiring return to be measured too early can risk distorting the ability of an organisation to grow and develop effectively, and to respond to the need it has identified. We see social return or impact as the equivalent of profit and few would question the good sense of a start-up adjusting its forecasts to secure a business in the longer term.

ReadEasy started as one group in Dorset. The beautifully simple model recognised that most adults who cannot read are too embarrassed to attend public classes and so offered one-to-one coaching from trained volunteers, coordinating coaches and students to achieve great initial results. When we first met, the charity was already on to its third regional group and Ginny had just established a parent charity that could support and enable further expansion. There was absolutely no doubt of the immense positive impact ReadEasy groups were having on people’s lives. Or that Ginny was the right person to lead the expansion of the organisation – her instinctive business sense shone through in the design of her scalable model and her sophisticated gathering of data pointed towards her being a natural at reporting. But, we realised 18 months later, even the simple impact targets we agreed with her for our threeyear funding period, were an additional burden on her already over-stretched operations and could have become a factor in causing ReadEasy UK to fail rather than helping it succeed.

For our original funding of ReadEasy UK, the second and third years’ support was offered subject to a review of the number of new groups that had been established. At the time, this seemed like a simple way of encouraging Ginny to be ambitious and matching resources with easily measurable outcomes. However, we learnt an important lesson when we met around six months after the end of the first year of funding: Ginny apologised profusely for not having come back to us sooner to request the second year of funds because, she explained, they hadn’t yet achieved the target number of new groups.

With the encouragement of her excellent business mentor and some probing questions, the truth of the situation became apparent. Requests for support and information, training resources for coaches, impact measurement resources for students and even media coverage were beginning to drown the organisation before it had even started to swim. No one, least of all Ginny, could have predicted the volume of work that had been generated as the number of groups rose and our targets for more groups were adding further to this pressure. What Ginny needed immediately was administration support to help her ensure the foundations of ReadEasy UK were strong enough to cope with the demands on its central structure going forwards.

On the back of this knowledge, our funding for year two was promptly changed to unrestricted and all group targets put on hold as we encouraged Ginny to spend as much time as she needed securing the current structure before looking to expand any further. By year three she was back on target and has been flourishing ever since. Our actions can take no credit for securing the success of the organisation – that belongs entirely to Ginny and her team – but had the organisation not survived, we would definitely have been partly responsible.

As a funder of an increasing number of earlystage organisations, our grants frequently support organisations during the processes of, for example, clearly defining their purpose, strengthening their structures and or embedding their activities. When in such a fragile phase of their development we have learnt that we cannot emphasise more strongly to our grantees that all targets they set for themselves for our funding periods must be seen to be flexible. As any organisation develops, its needs and those of whom it serves can change dramatically and funding requirements must be able to work with these changes or risk destroying the very projects they are intending to support.

Our funding offer is relatively low – between £1,000 and £30,000 over a maximum of three years is offered alongside pro bono business advice from our network of professionals – but this level of funding meets the needs of the organisations we work with partly because it enables us to keep our monitoring light. Since 2012, the Bulldog Trust in partnership with the Golden Bottle Trust has offered 45 grants to early-stage organisations with strong results and our belief in the principles of communication and flexibility when it comes to impact and monitoring continues to strengthen.

Our faith in these principles has already been justified by the only organisation we have worked with so far that has failed to achieve its potential. In 2014, the Bulldog Trust provided a one-year grant to a UK business development charity working in Africa. Unfortunately six months in, the project realised it could not continue past the year end but, despite our funds having already been transferred to southern Africa, the relationship we had with the organisation was so strong that 50% of our funding was returned to us for reinvestment in other projects.

We recognise that as an independent charitable foundation we are lucky we do not have anyone to answer to – should we end up only helping 750 school children instead of 1,000 it doesn’t matter. However, that does not mean that we do not agree with the principle or the importance of impact measurement across the board. In fact quite the opposite. We see a major function of our role is to be part of a supportive environment within which an organisation can mature, to ensure that it is able to quantify and communicate its social return clearly and effectively when it is ready for more significant grants or investment.

In support of this principle, as we build and develop our early-stage grants programme we are incorporating the provision of a key performance indicator tool for all grantees to help them thrive in the modern funding climate. This funded 12-week programme, undertaken with an external business consultant, will be a condition of our grant funding but what is of crucial importance to us is that the organisation undertakes the process when it is ready. We will continue to work with our grantees to make sure this is the case. As the funding world becomes more professional and quite rightly, demands more clear quantification of value from those it supports, we would like to be playing a valuable role in making sure there is a steady stream of organisations that are ready for the challenge.